Contributing Writers - March 4, 2021
0
There are just seven steps from pandemic declaration to permanent totalitarianism – and many jurisdictions are about to start Step 5

Contributing Writers - March 4, 2021
0
There are just seven steps from pandemic declaration to permanent totalitarianism – and many jurisdictions are about to start Step 5 By Rosemary Frei Global Research, March 04, 2021 OffGuardian
Read more

Contributing Writers - March 4, 2021
0
By Prof Michel Chossudovsky Global Research, March 03, 2021 All Global Research articles can be read in 27 languages by activating the “Translate Website” drop down menu on the top banner of our home page (Desktop version).
Read more 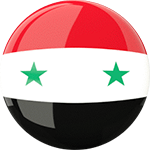 Real News and Updates about Syria

Latest updates on the conflict in Syria. Information and articles about the war in Syria and the Syrian situation.

BS’ (short for ‘bullshit’) is the ironic title we chose to express our disgust and frustration with the consistent distortion of the corporate news media. The consequences of such distortion can be measured in the suffering and deaths of millions of people who are victims of our ‘humanitarian’ wars waged on the back of fabricated public assent. 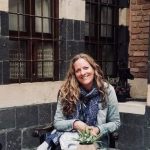 On the ground reporting from pioneering investigative journalist Vanessa Beeley.

Patreon
The Wall Will Fall

Pre-eminent Canadian investigative reporter Eva Bartlett’s on the ground reporting about Syria and beyond puts mainstream “reporters” to shame.

Terrorism is “Made in the USA”. The “Global War on Terrorism” is a Fabrication, A Big Lie/ Prof. Michel Chossudovsky

Mark Taliano’s Voices from Syria is a well documented analysis that refutes mainstream media narratives on Syria.  Having spent years observing and researching, Taliano explains in detail which western politicians support terror, how humanitariasm is feigned to cover crimes, and why mainstream media is corrupt to the core.

With chapters on Syria and imperialism, the Syrian Arab army, and international capital, Voices from Syria humanizes the Syrian people, their culture, and their nation in a way that is normally not permitted in wartime.  Focusing on the truth as an instrument for building peace and counter-propaganda, Taliano reveals what unites humanity with the people of Syria in their struggle against foreign aggression, and the courage and resilience of this nation’s civilian infrastructure.

Voices from Syria aims to reverse the tide of media disinformation by reaching out to western public opinion on behalf of the people of Syria.  The west’s political spin is laid bare in the words of the Syrian people, “Stop killing innocent civilians in pursuit of your fake war on terrorism”.  This superbly composed antidote to disgraceful anti-Syria propaganda is a must read…you won’t put it down!

The Global Corona Crime Against Humanity: Science Against the Suicidal Death...