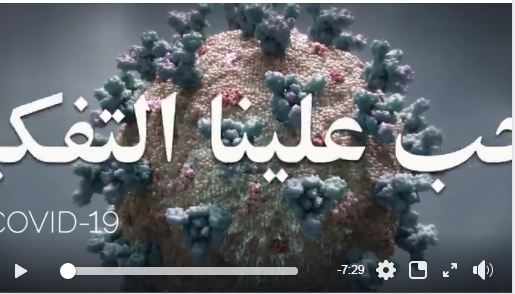 Corona Virus is dangerous, but we must think.

Between 2017 and 2018 15 million people were diagnosed with Season Flu.  According to the CDC, the number of deaths was 61,000.  The US government did not consider it a national threat back then.

David Icke, a British writer, wrote 21 books and 10 movies, has been warning for 30 years ago from ‘a secret religious group’ that controls the whole world the Rockefellers and the Rothchilds are members of it, not to mention that they were the founders of WHO.  The actual head of WHO was the Minister of Health of Ethiopia.  He was accused of covering up cholera epidemics in his home country Ethiopia.

The secret group aims at creating a global state, controlled by what he called it The Elite by applying the artificial intelligence or so called “Internet of Things”.  The creators will dominate literally everything.

By 2030 they want to eliminate the paper currencies in order to establish a digital economy with digital currencies.  But first they should take down the current economy.

Mark Taliano; a Canadian researcher, writer of the book ‘Voices from Syria’ has conducted this interview with us via Skype:

Souad Nazir Kh: But you know Mr. Mark I have seen a lot of reports about people getting into the hospitals in US trying to get the truth and they have seen that the media coverage of the crisis does not match with the reality and some say this is a pro conspiracy theory.  Is this really another conspiracy theory?

Mark Taliano: The UK government itself has proclaimed that it is a low mortality virus but what is happening with the statistics is that they are bad statistics, they are unreliable.  What is happening with death certificates is someone may go into the hospital, 85 years old, overweight, obese, diabetes, cancer, heart disease, that person would be dying of multiple issues with the biggest issue might be old age.  But doctors, if corona may be suspected issue, a doctor may instruct on medical/death certificate to put down COVID when that could be a contributing factor but that is not the cause per se of the disease, of the death.  It is impossible sometimes to tell the cause of the death in multiple causes of deaths. So, they are not distinguishing with Corona and by Corona.

Rashid Buttar, is one of the best 50 American doctors in the last 20 years, made a scandalous confirmation when said that Covid-19 was made in the USA by campaigning different types of virus. They took the SHC014 strain of Corona Virus, the surface agent component, and brought the back bone of the Sars Corona Virus and put them together and then inserted HIV on top of it to make it more virulent and more resistant.  Scientist considered the experiment back in 2014 as a dangerous one so it has been banned in the US.

Anthony Fauci, director of the National Institute of Allergy and Infectious Diseases transferred the researches to China when Covid-19 was made.  They authenticated the virus in George Town University back in 2017.  That’s when Fauci prophesized that Trump would have to face a pandemic outbreak during his presidency.  How could he know that?

Dr. Buttar added that the PCR test is invalid for the diagnosis which is in conformity with the test’s inventor opinion that if test will have a positive result although the person has season flu not a corona virus.  Certain media outlets broadcast fake hospital footage from another country as if it was in USA hospitals as the authorities demand to name the cause of deaths as a Corona Virus even when the virus is not the reason.   Doctors confirmed that Hydroxychloroquine and Zithromax can be useful to combat symptoms of the virus in matter of two days but Dr. Fauci does not think so and recommended to use what it appears to be a vaccine made in advance.

It is weird how the huge propaganda has made this Dr. Fauci the hero during this crisis in the USA.  While the United States usually needs heros he became famous more than a movie star.  They put his name on candy pars.  His image was printed on shirts, cups and more brands.  He was saled to the people as a savior.

Souad Nazir Kh: Talking about economic coup, I read that Bill Gates is seeking cure for the corona virus but why, what does he have to do with it? What do you think?

Mark Taliano: Funders of the World Health Organization, it isn’t an independent neutral organization. Funders include Bill and Melinda Gates foundation, and they have vested interest in vaccines.

Abdullah Ahmad, a researcher and writer of the book: “The Secret and the Code” mentioned rehearsals regarding facing the Virus started in November 2019 at John Hopkins University funded by Bill Gates.

In September 2019 at Tianhe Airport they made rehearsals of evacuations to people with Corona Virus which was also funded by Gates.  Netflix films that showed the spread of the Corona Virus also has been funded by the Gates Foundation.  Bill Gates paid 200 million dollars to medical institutions around the world to make vaccines; one that can be implanted to prevent pregnancies in women’s bodies.

The microchip that Bill Gates wants to implant now can be accompanied with a vaccine that has very small components implanted underneath the skin to control humans putting them in an electronic detainee.

Would this plan succeed?

The media gather all that the virus of #corona is natural and non-Factory, of them who aims only to deny #Donald _ Trump who accused #China, just for the innocence of China, and others have other goals, but maybe not The existence of a state “in its official sense” may be responsible for the virus, there is someone who care the planet, stops it and move it an hour he wants, no matter every conspiracy theory, but we (all) see it with our eyes, and In This report is a very simple part of reading the truth, the information and the responsibility of its sources mentioned in the report.

‘This Is Evil at the Highest Level,’ Says HHS Whistleblower/ By Project Veritas