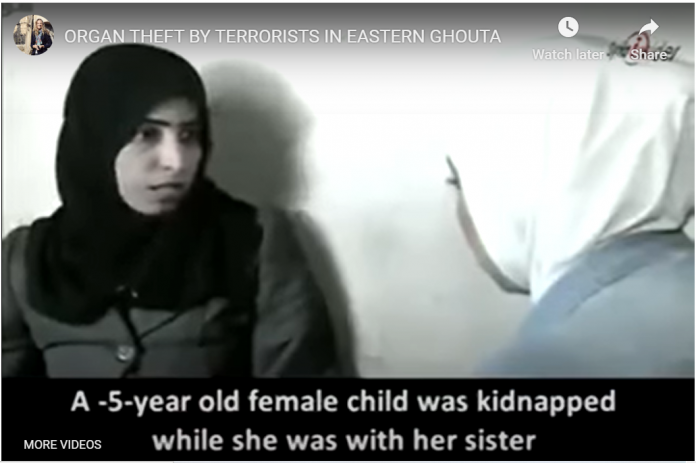 The ISIL terrorist group is using organ harvesting as a way to finance its operations and save the lives of injured members, media reports said on Tuesday.

The Spanish daily El Mundo reported that facing the increased number of wounded members in the Syrian army and popular forces’ attacks, the ISIL is selling ng the body organs of its captives for transplants.

According to the report, the ISIL also forces the prisoners in Mosul jails to donate blood and postpones the execution of those sentenced to death to use their blood as much as possible.

The ISIL doesn’t merely use the organs of its captives and prisoners’ bodies for transplant operations for its members but it sells them to other countries as a lucrative business, it added.

Medical sources told El Mundo that the personnel in one of hospitals in Mosul have seen corpses of at least 183 people whose organs had been taken out of their bodies.

According to the report, the ISIL has set up a medical team in Mosul headed by a German physician which exports the body organs to Syria and the Iraqi Kurdistan region for transplantation to its members or selling.

Iraqi Ambassador to the United Nations Mohamed Alhakim had made the same revelations last year, saying that the ISIL is trafficking human organs and has executed a dozen doctors for failing to go along with the program.

Alhakim based his claim on the discovery of dozens of bodies left in shallow mass graves near the city of Mosul, currently an ISIL stronghold. Surgical incisions, along with missing kidneys and other body parts lead to an inescapable conclusion. “We have bodies. Come and examine them. It is clear they are missing certain parts,” Alhakim revealed. He further described the carnage:

“When we discover mass graves, we look at the bodies. Some of those bodies are killed by bullets, some of them by knives. But when you find pieces of the back is missing and the kidneys is missing, you will wonder what it is.”

The original source of this article is Fars News Agency

Hammer judgment in Weimar: No masks, no distance, no more tests for students/ By Boris Schuster

US Coalition of Terrorism Commits War Crimes As Policy By Basma...

“White Supremacy Colonialism” and US Interventionism in Syria