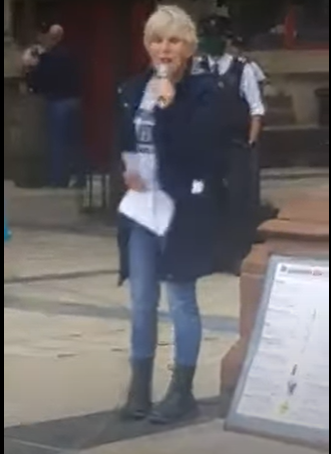 Dr. Anne McCloskey, featured in the video below, has 35 years’ experience as a practicing General Practitioner in Derry, Ireland.

She first knew the pandemic was “fake” when the WHO first declared pandemic with an announcement of 4,291 deaths globally. This, she says, represents 1 death per 1.8 million people. Context is important.

When rules were changed around Death Certificate coding, as happened in North America and beyond, it was the first time in her professional career that she had witnessed this. It meant that COVID data could not be compared to previous outbreaks, it couldn’t be compared to “what had happened before”.

Consistent with Canadian guideline changes as described by Rosemary Frei (1), definitions of COVID symptomology were broad and lacking in specificity. “Anybody with temperature or cough prior to their death no matter what else was wrong with them was to be counted as COVID deaths.” Heart disease, diabetes, cancer and myriad other co-morbidities were falsely deemed insignificant according to the “new rules”.

“Sick, frail, elderly were taken from hospital wards not operating at capacity and shoved into the care-home sector.” McCloskey watched people dying alone, and flatly asserts that “what happened was barbarity.” This happened “lock-step” across Europe, she says. It also happened lock-step across North America.

Citing a British medical journal, she reports that 2 out of 3 “COVID” deaths were due to state-imposed “COVID measures”, in particular, lock-downs.

Bringing context to the debate again, McCloskey says that a person has a 0.0112% per cent chance of “Dying of COVID”, but the chances are much lower if a person is under 80 and free from co-morbidities.

Finally, she makes some important observations:

First, the global response to COVID is directed at every stage by the World Health Organization (WHO).

Second, Key funders to the WHO and to Research Centers that made grossly inaccurate pandemic modelling scenarios, are the Bill and Melinda Gates Foundation.

Third, the person most vocal about the need for a vaccine is Bill Gates.

Fourth, pharmaceutical companies will profit most from vaccines, but they will not shoulder the risks. Governments will be liable for costs accrued to vaccine injuries.

Fifth, she predicts that there will not be a second wave. Viruses extinguish themselves (as SARS-1 did), and currently COVID is “clinically irrelevant”.

Finally, she predicts that there will be a “testdemic” as a pretext to locking people up again.

“We should be afraid,” says McCloskey, but “We are the many, they are the few.”

What NO ONE is Saying About Lockdowns/ By James Corbett