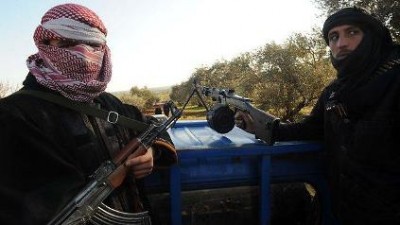 NATO terrorists have been committing unspeakable crimes in Syria since the beginning of the West’s criminal war against Syria and its peoples.

Organ harvesting remains one of the terrorists’ lucrative and heinous operations to generate money. According to Hossein Noufel, Director-General of the Syrian Coroner’s office,

“body organs of thousands of Syrian civilians have been sold in the international black markets over the past six years.”

“(t)he organ harvesting in Turkey is not limited to selling a part for cash. The majority of organ harvesting in Turkey is done by the terrorists, who are US supported. The terrorists take injured or kidnapped Syrians across the border to Turkey and instead of saving their life with medical care, the injured are shipped back to Syria with an explanation that they died in surgery, and couldn’t be saved. However, they always have clear signs of organ harvesting. In many cases, eyes were removed. This info comes from survivors of the Aleppo battles, who are now in Latakia.”

Evidence of additional terrorist atrocities have been emerging since the liberation of Aleppo. French investigative journalist Pierre Le Corf demonstrates yet again (what investigator journalist Vanessa Beeley has long since proven) that the White Helmets are in fact al Qaeda.

In a video recorded at Saskour, Aleppo, Le Corf takes us for a tour of former al Qaeda and White Helmets headquarters which demonstrates conclusively their close affiliation.

Prof. Tim Anderson presents some of Le Corf’s evidence in the following montage:

Also reporting from liberated Aleppo, investigative reporter Vanessa Beeley uncovered further evidence that terrorists tortured and murdered captive populations. In a video entitled “Syrian Boy From Aleppo”, a boy testifies that the White Helmets and al Nusra Front terrorists tortured and killed people in the room where the interview was conducted.

All of this evidence continues to underscore the reality that whereas criminal Western media outlets endeavour to create the perception that the West are “saviours” in Syria and beyond, NATO and its allies are in fact the root cause of the terrorism and the destruction in Syria.  All of this is well-documented.

None of the atrocities and terrorism that currently plague Syria, the cradle of civilization, existed prior to the US-led dirty war on Syria.