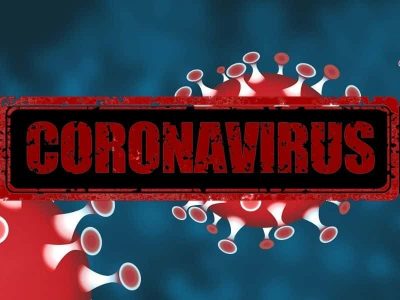 A Swiss medical doctor provided the following information on the current situation in order to enable our readers to make a realistic risk assessment. (Daily updates below)

The two Italians deceased under 40 years of age (both 39 years old) were a cancer patient and a diabetes patient with additional complications. In these cases, too, the exact cause of death was not yet clear (i.e. if from the virus or from their pre-existing diseases).

The partial overloading of the hospitals is due to the general rush of patients and the increased number of patients requiring special or intensive care. In particular, the aim is to stabilize respiratory function and, in severe cases, to provide anti-viral therapies.

(Update: The Italian National Institute of Health published a statistical report on test-positive patients and deceased, confirming the above data.)

The doctor also points out the following aspects:

Northern Italy has one of the oldest populations and the worst air quality in Europe, which has already led to an increased number of respiratory diseases and deaths in the past and is likely an additional risk factor in the current epidemic.

South Korea, for instance, has experienced a much milder course than Italy and has already passed the peak of the epidemic. In South Korea, only about 70 deaths with a positive test result have been reported so far. As in Italy, those affected were mostly high-risk patients.

The few dozen test-positive Swiss deaths so far were also high-risk patients with chronic diseases, an average age of more than 80 years and a maximum age of 97 years, whose exact cause of death, i.e. from the virus or from their pre-existing diseases, is not yet known.

Furthermore, according to a first Chinese study, the internationally used virus test kits may give a false positive result in some cases. In these cases, the persons may not have contracted the new coronavirus, but presumably one of the many existing human coronaviruses that are part of the annual (and currently ongoing) common cold and flu epidemics. (1)

Thus the most important indicator for judging the danger of the disease is not the frequently reported number of positively-tested persons and deaths, but the number of persons actually and unexpectedly developing or dying from pneumonia (so-called excess mortality).

According to all current data, for the healthy general population of school and working age, a mild to moderate course of the Covid-19 disease can be expected. Senior citizens and persons with existing chronic diseases should be protected. The medical capacities should be optimally prepared.

Current all-cause mortality in Europe and in Italy is still normal or even below-average. Any excess mortality due to Covid-19 should become visible in the European monitoring charts.

Regarding the situation in Italy: Most major media falsely report that Italy has up to 800 deaths per day from the coronavirus. In reality, the president of the Italian Civil Protection Service stresses that these are deaths „with the coronavirus and not from the coronavirus“ (minute 03:30 of the press conference). In other words, these persons died while also testing positive.

As Professors Ioannidis and Bhakdi have shown, countries like South Korea and Japan that introduced no lockdown measures have experienced near-zero excess mortality in connection with Covid-19, while the Diamond Princess cruise ship experienced an extra polated mortality figure in the per mille range, i.e. at or below the level of the seasonal flu.

Current test-positive death figures in Italy are still less than 50% of normal daily overall mortality in Italy, which is around 1800 deaths per day. Thus it is possible, perhaps even likely, that a large part of normal daily mortality now simply counts as „Covid19“ deaths (as they test positive). This is the point stressed by the President of the Italian Civil Protection Service.

However, by now it is clear that certain regions in Northern Italy, i.e. those facing the toughest lockdown measures, are experiencing markedly increased daily mortality figures. It is also known that in the Lombardy region, 90% of test-positive deaths occur not in intensive care units, but instead mostly at home. And more than 99% have serious pre-existing health conditions.

Professor Sucharit Bhakdi has called lockdown measures „useless“, „self-destructive“ and a „collective suicide“. Thus the extremely troubling question arises as to what extent the increased mortality of these elderly, isolated, highly stressed people with multiple pre-existing health conditions may in fact be caused by the weeks-long lockdown measures still in force.

If so, it may be one of those cases where the treatment is worse than the disease. (See update below: only 12% of death certificates show the coronavirus as a cause.)

Angelo Borrelli, head of the Italian Civil Protection Service, emphasizing the difference between deaths with and from coronaviruses.

The original source of this article is Swiss Propaganda Research

Removal of Form 5 Cremation Certificate for deaths relating to Covid-19 under the Coronavirus Act/ The Wall Will Fall, October 5, 2020

He Died of a Broken Heart