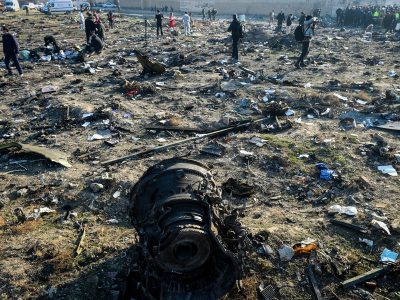 A Russian military site Avia.pro has addressed the issue of “human error” relating to the crash of Ukraine’s Boeing 737 [departing from Tehran] on January 8, minutes after takeoff, which resulted in the death of 179 passengers and members of the crew.

Relying on military experts, the report intimates that the incident bears a canny (point by point) resemblance to the destruction of a Russian IL-20 in Latakia, Syria in September 2018.

Israeli fighters, followed by Syrian missiles, used the Russian plane as a shield, even if it meant its destruction and the death of 15 passengers.

The Russian military website refers to an independent investigation that concluded  the US is “at least partial US responsibility” in the January 8 tragedy:

“According to experts, the US military had deliberately changed the information on the Ukrainian Boeing 737 flight, making it a real target for the Iranian air defense systems.”

According to data from Pentagon-related sources, several U.S. military planes were observed in the sky in the vicinity of Iran’s airspace, just at the time of the Boeing’s flight departure.

Anomalies were observed on Iran’s radar system, probably due to a cyber attack.

The civilian plane was therefore confused with a fighter plane heading directly for a military target.

“Since the pilot made a U-turn, it is very likely that the US cyber attack had also focused on the navigation system of the Ukrainian Boeing. This is not the first time that Americans have done this type of action, ” said Avia.pro.

In addition, a member of the Security and Defense Committee of the Russian Duma accused the provocative US measures against Iran of having been the cause of the Ukrainian plane crash.

The original source of this article is Corriere PT

HERE’S WHY QASSEM SOLEIMANI WAS A ‘POPULAR IRANIAN FIGURE’, A UMD STUDY SAYS The study was released in October and found 8 in 10...

HERE’S WHY QASSEM SOLEIMANI WAS A ‘POPULAR IRANIAN FIGURE’, A UMD...