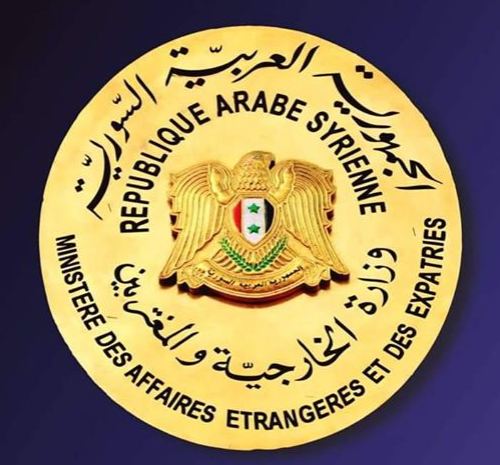 🔴Syrian Ministry of Foreign Affairs and Expatriates has described the agreement between the Kurdish “Syrian Democratic Forces” militia and US oil company on the Syrian oil as “aggravated robbery”.

🔴It is a deal between two theives: The first one steals Syrian oil, while the second one buys it from the first one.

🔴The US oil company is Delta Crescent Energy LLC, a corporation organized under the laws of the state of Delaware.

🔴On July, 29, 2020, Lindsay Graham, the Republican senator from South Carolina who is close to President Donald Trump, had spoken to Mazloum Kobani, the commander in chief of the Syrian Democratic Forces (SDF) and that Kobani had informed Graham of the deal and asked him to relay details of it to the US president.

🔴On July, 30, 2020, during his testimony to the Senate Foreign Relations Committee, Secretary of State Mike Pompeo told Graham he was “OK” with the deal. “The deal took a little longer senator, than we had hoped, and now we’re in implementation,” he said.

🔴The US government had also agreed to provide two modular refineries to the Kurdish militia but that these would only meet 20% of its refining needs. Delivery of the refineries have been held up by logistical hitches related to the COVID-19 pandemic.