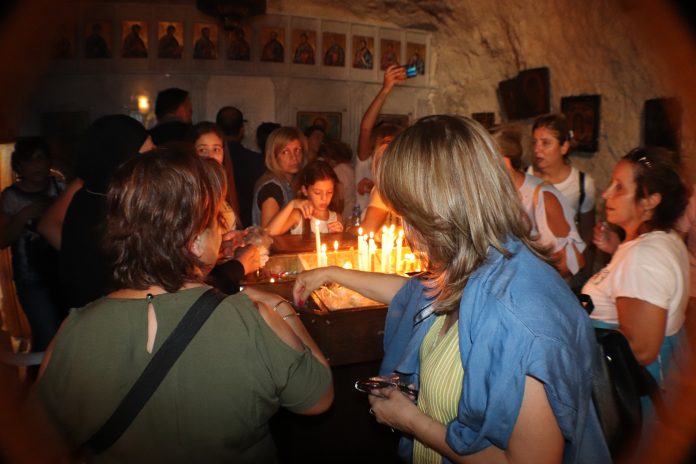 Syria is being reborn, and its religious pluralism is being resurrected, sometimes literally from the ashes.

The ancient town of Maaloula, where Aramaic, the language of Christ, is still spoken, where St. Takla miraculously cured the sick, where NATO’s takfiri terrorists committed massacres, and destroyed shrines, churches, and mosques, is yet again an example of the religious pluralism typical of the Levant.

Yet again it is attracting people from Syria, Lebanon, and beyond to its sacred sites, ensconced, in the “land of the prophets.”

The twisted ideology and barbarity of the West’s terrorist proxies is gone now.

The Syrian Arab Army defeated Western imperialism here, and the Syrian government promises to continue its righteous fight until every inch of Syria has been liberated.