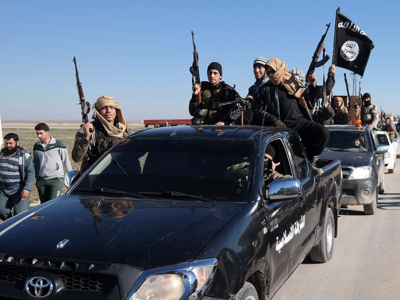 A neutered, “controlled Left/Progressive” opposition is a necessary adjunct to the prevailing neocon ideology. If we are to be effective, rather than complicit opposition, the Canadian and U.S. governments need to be exposed as the international rogue states that they are.

The controlled-Left “enablers” are experts at denying, negating, and obscuring foundational issues. The neutered Left might ostensibly oppose imperialism and the commission of supreme international war crimes, but if its opposition is rooted in elements of the Big Lie, then it inadvertently helps to advance prevailing neocon rogue elements.

The Big Liars insist that wars of aggression and threatened wars of aggression are based upon humanitarian concerns, freedom and democracy, and/or a war on terror. All of these pretexts are empty vessels, evidence-free, ridiculous, yet the controlled Left maintains the illusion in its opposition, and in so doing provides cover for the foundational lie.

When seemingly progressive politicians reinforce the “humanitarian” war propaganda lies, they enable the neocon warmongers by creating a false sense of opposition and “democratic” discourse. Humanitarian lies fabricate consent, and therefore provide a useful service to all warmongers. Criminal wars of aggression are bipartisan.

Instead, the Canadian government and its agencies are exploiting human rights issues so that they can better perpetrate supreme international war crimes against humanity in foreign countries.

A seemingly bruised and battered permanent war policy is strengthened when it is perceived to have withstood the rigours of “democratic” opposition.

We need to generate an effective, legitimate opposition, by countering the war lies – all of them — with the truth.

[1] Stephen Sahiounie, “The day before Deraa: How the war broke out in Syria.” American Herald Tribune, 10 August, 2016. (https://ahtribune.com/world/north-africa-south-west-asia/syria-crisis/1135-day-before-deraa.html) Accessed 24 March, 2019.

Featured image is from Zero Hedge