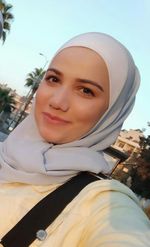 Voices from Syria (revised) 2nd edition is a book by the indpendent Canadian reporter Mark Taliano. This book tackles every important incident happened in my country, Syria. I am glad that Taliano told the truth about the Syrian war, I mean he didn’t take a side with the so-called “rebels” as the West did, he experienced the pain of the Syrian people, otherwise, he told nothing but the truth.

Just as it was stated in an interview with the Congresswoman Tulsi Gabbard, she explained more by saying:

“There are two things you need to address in Syria. One is a regime change war that was first launched by the United States in 2011, covertly led by the CIA. That is a regime change war that has continued over the years, that has increased the suffering of the Syrian people and strengthened terrorist groups like al Qaeda and ISIS because the CIA was using American taxpayer dollars to provide arms and training equipment to these terrorist groups to get them to overthrow the government”.

The title of the book speaks for itself, no matter how many times I’ve read it, time after time, I uncover the truth that resides between the lines.

Voices of the Syrian people can reach the sky, so why not the West! It’s a wake-up call, one last try to awaken the West from their long sleep.

Each chapter is connected to the next one in an easy but also a smart way. I think that Taliano succeeded in trying to open the Canadian’s eyes and also minds for the truth behind this fake revolution.