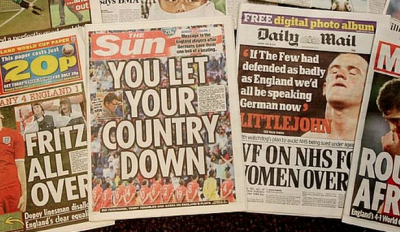 “See no Evil. Hear no Evil. Speak no Evil.” This maxim largely sums up Western media foreign policy reporting which diametrically opposes the truth, and serves as war propaganda to advance the interests of al Qaeda and the CIA Caliphate Project[1].

North Americans are not getting the truth, presumably because if they did, the oligarch class dictating its will on the masses through lies and deceptions, would be exposed.

Freedom of the Press in North America is largely dead. Foreign policy “reporters” who rise to the top serve Empire and its war lies.  Democracy is a Western illusion.

Janice Kortkamp and her husband Sid explore these themes in Syria Face To Face Episode 15. They expose the al Qaeda-supporting sources for Western media. They expose the truth about the war on Syria.

Bana Alabed[2], a terrorist-embedded 8 year old who calls for airstrikes and World War Three is exposed.  Bilal Abdul Kareem[3], a terrorist propaganda asset is exposed. The reality of Western disinformation sources is revealed and ridiculed, as it should be.

Bread and circuses, clowns and imposters, are keeping the masses distracted, as the Western-perpetrated holocaust festers and grows beneath the radar of fabricated public ignorance.

[2] Mark Taliano, “War Crimes and the Rights of Children in Syria and Iraq: On the Importance of Media Literacy in Times of Universal Deceit.” Global Research, 14 October, 2017. (https://www.marktaliano.net/war-crimes-and-the-rights-of-children-in-syria-and-iraq-on-the-importance-of-media-literacy-in-times-of-universal-deceit/?fbclid=IwAR33h5QKo9i7yZZVvUI_CEdcTIAI4G-C-UCftDZ3Au1UN_cluJx9ODKO2L8) Accessed 27 May, 2019.

Featured image is from TruePublica

What Is the Biggest Lie About the Syrian War? Western War...