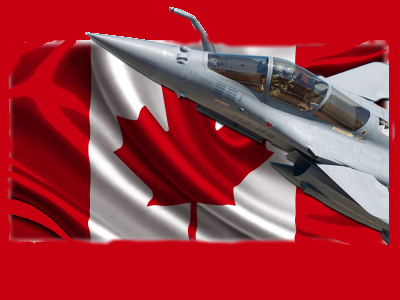 The current form of “globalization” is predatory, criminal, and anti-democratic.

It is led by largely unelected dark state agencies within the U.S establishment. Both President Trump, and Prime Minister Trudeauhave largely disavowed their pre-election promises.

In contrast to life-enhancing globalization that respects international law and nation-state sovereignty, the current form of globalization is contemptuous of international laws and conventions. Instead of rescinding the illegal sanctions against Syria – which aim to destroy Syria and empower the terrorists — Canada’s Trudeau is making them more onerous. Diplomacy as a solution continues to be ignored, Embassies remain closed, and Canada’s contempt for peace and support for terrorism continues unabated.

Ken Stone from the Hamilton Coalition to Stop The War offered the following assessment:

The Hamilton Coalition Against The War condemns Prime Minister Trudeau’s astonishing about-face on Syria. Less than 48 hours after publicly calling for an impartial international investigation into the chemical attack on Khan Sheikhoun, Syria, Trudeau suddenly turned 180 degrees and endorsed the illegal and warlike US attack on Sharyat Airbase. This flip-flop was not only the wrong move according to international law but it could lead to a widening of the war to inflame the whole region or even the whole world.

On top of all that, Canada’s Minister for Global Affairs, Chrystia Freeland, widened Canada’s unilateral economic sanctions against Syria to include 27 top-level Syrian government officials. This too was a belligerent, illegal, and unhelpful move.

Trudeau’s flip-flop is only Canada’s latest foreign policy error on Syria. It’s time that Canada changed gears on Syria and worked for a political solution to the crisis there rather than prolonging the war by belonging to the US-led military coalition in Syria and Iraq. Canada should quit that coalition and bring all of our troops and support aircraft home! Canada should resign as the leader of the Economic Sanctions Subcommittee of the so-called Friends of Syria Group of Countries (FSG). In that capacity, Canada, under Harper, helped in Ottawa, in June 2013, to bring in a broad regime of illegal, international economic sanctions against Syria which turned hundreds of thousands of ordinary Syrians into refugees, even though these sanctions did NOT have the approval of the UN Security Council. Trudeau should drop all these economic sanctions immediately! The Canadian government could assist the UN diplomatic effort to restore peace in Syria by re-establishing diplomatic relations with Damascus. Finally, we Canadians could stop being drawn into all the wars of the US Empire if Canada dropped out of NATO! We urge all Canadians to go onto social media and to raise these ideas to MP’s and in all possible forums to bring an end to war in Syria as quickly as possible.

U.S–led NATO (including Canada) is guilty of the supreme crime of aggressive war against the non-belligerent, sovereign state of Syria.

If Canada was sincere in its “fight against terrorism”, it would be fighting alongside Syria and its allies to defeat the terrorists infesting Syria.  It would open Embassies and lines of communication with Syria, it would rescind all illegal sanctions, and it would reject NATO’s warmongering diktats.Canada’s Involvement in Supporting Terrorism and Aggressive WarfareThe original source of this article is Global ResearchCopyright © Mark Taliano, Global Research, 2017

John Webber Speaks At Rally in Toronto, ON

“Data is The New Oil” And the Data Is Fake

“I lost my faith and beliefs in the Western world and...

“Were You Sad or Were You Happy?”. The Destruction of Syria’s...