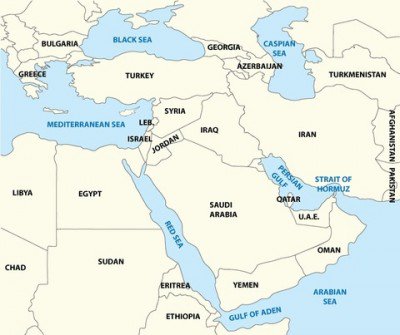 As Canada’s Prime Minister Justin Trudeau dances and sways to the music and jubilation of Vancouver’s gay pride parade, many Canadians swell with pride, secure in the knowledge that we represent freedom, generosity of spirit, and cultural/religious pluralism.  Surely, we possess all the attributes of a mature, democratic society.

Nothing could be further from the truth.

Instead of furthering the causes of knowledge, growth, humanity, and civilization, we are fostering barbarity and ignorance.

These are the forces growing in the Middle East, thanks to Canada’s complicity in NATO, its support for Wahhabi Saudi Arabia, and its support for the mercenary terrorists invading and occupying Syria.

Islam is not the root of the destruction in the Middle East; we are.

All of this has been proven beyond a reasonable doubt, and yet Canada remains transfixed by fabricated mainstream media (MSM) stories that serve as the propaganda apparatus for Western-supported terrorists, including ISIS and all the terrorists invading Syria. The author writes in “The West’s Establishment Lies And Crimes Are Leading Us To The Unthinkable’ that

Ostensibly “neutral” information sources are not neutral at all. So-called “Non-Governmental Organizations” (NGOs), including very governmental sources such as the National Endowment for Democracy (NED) the CIA, Mossad etc. as well as oligarch (ie Soros) funded foundations, are all embedded with the terrorists, and these are the sources that are the foundation for corporate/mainstream media (MSM) “news” stories.

The White/al Qaeda Helmets, the Syrian Observatory for Human Rights (SOHR), and Avaaz are just a few of the many corrupt NGOs lying about the War on Syria. Add to this Qatari -based Al Jazeera, and Western media’s modus operandi of trotting out “experts” who have conflicts of interest  but who nevertheless pose as “neutral” sources of information, and we see that the media serves as an agency for imperial war, rather than as an agency for truth and justice.

Most Canadians, captured by the propaganda, are immune to publicly available, evidence-based research, as they passively accept the comforting lies and illusions.

We are taught to hate Islam, and tacitly embrace Saudi Wahhabism, even as the truth resides in the genuine teachings of Islam – and all the world’s religions –as best represented by the culture of Syria and its peoples, our fabricated “enemy”.

The voice of truth and evidence-based reality is an enduring, slow-burning flame, not easily extinguished; unlike its counterpart, the voice of lies and deceptions, which burns intensely for a time, but then devours itself.

The truth in Syria is that there are no “moderate rebels”, and that the “opposition” does not include gun-toting terrorists who occupy sections of Syria, murder civilians, launch Hell-Cannon ordnances, launch toxic/poison gas rockets, and attempt to impose Wahhabist teachings in occupied areas. Professor Chossudovsky correctly explains that,

(The) US counterterrorism bombing campaign under “Operation Inherent Resolve” does not target terrorists.

Quite the opposite. Both ISIS-Daesh and Al Nusra are protected by the US led coalition.

The forbidden truth is that the counterterrorism campaign is directed against the Syrian people.

A recent wikileaks document adds more evidence to a mountain of already-existing evidence which demonstrates that the West arms and supports the terrorists. Julian Assange explains in a Democracy Now interview that

“the disastrous, absolutely disastrous intervention in Libya, the destruction of the Gaddafi government, which led to the occupation of ISIS of large segments of that country, weapons flows going over to Syria, being pushed by Hillary Clinton, into jihadists within Syria, including ISIS, that’s there in those emails. There’s more than 1,700 emails in Hillary Clinton’s collection, that we have released, just about Libya alone.”

The terrorists are proxies/strategic assets for the West. We create them, lead them, support their infrastructure, and sustain them. Western, open-sourced documentation proves this.  The author writes:

The ugly truth about the genocidal Western designs for Syria (has been) well documented for years by sources including former Defence Intelligence Agency (DIA) chief Michael Flynn, by Generals Dempsey, and  Clark, by Vice-President Biden, and by publicly available Defence Intelligence Agency documents, as well as from other open source documents. “

The strategy of creating and using proxy mercenaries to destroy, plunder, and control, non-belligerent countries is not new either.

Chossudovsky explains in “Bill Clinton Worked Hand in Glove with Al Qaeda: ‘Helped Turn Bosnia into Militant Islamic Base’ “that

With regard to Syria, the recruitment of jihadists (according to Israeli intelligence sources) was launched prior to 2011 under the auspices of NATO and the Turkish High command in liaison with the Pentagon.

In retrospect, the Obama Administration’s covert support of the ISIS in Syria and Iraq bears a canny resemblance to the Clinton administration’s support of the Militant Islamic Base in Bosnia and Kosovo. What this suggests is that US intelligence rather than the White House and the State Department determine the main thrust of US foreign policy, which consists in supporting and financing ‘Jihadist’ terrorist organizations with a view to destabilizing sovereign countries.

Historical memory teaches us that the Western-prosecuted dirty war against Syria is consistent with previous illegal wars of aggression, and western-sourced evidence demonstrates beyond a reasonable doubt that we are, yet again, the terrorists.

Western media consumers need to reject the fabricated msm news stories – allied as they are to the terrorist cause—and embrace evidence- based documentation instead. We also need to learn from history, and avoid perpetrating the same deadly mistakes. We can no longer allow history to “repeat itself”.The West’s Establishment Lies and Crimes Are Leading Us to The UnthinkableThe original source of this article is Global ResearchCopyright © Mark Taliano, Global Research, 2016

Voices from Syria: “This Country is being Violated by Terrorists who...

War Propaganda and Canada’s War for Terrorism in Syria