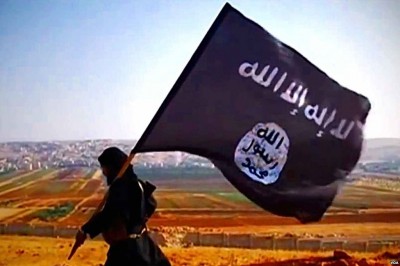 Any country that openly or covertly supports illegal regime change in Syria, necessarily supports ISIS  — they have shared goals.

Canada, like the U.S., has been very open about its support for illegal regime change.  Canada’s Defence Minister Harjit Sajjan , for example, publicly stated that Assad “does need to go”.

As with all illegal wars of aggression, Canada’s position is based on well-documented false pretexts, and it categorically rejects international law as well as UN Security Council Resolution 2254, which states that the war on Syria demands a “Syrian-led, Syria-owned political transition to end the conflict.”

ISIS, of course, and all the Western-supported mercenary terrorists invading Syria also want “Assad to go”.

The evidence of the West’s diabolical support of ISIS et al. mercenaries is increasingly transparent.

Apartheid Israel, Canada’s close ally, is now publicly unravelling the ISIS psychological operation (psy op) – where we pretend to be fighting ISIS even as we support ISIS.

Israeli officials have regularly expressed comfort with the idea of ISIS conquering the whole of Syria, saying they find it preferable to the Iran-allied government surviving the war. At the same time, they were never so overtly supportive of ISIS and its survival.

Clearly, should the West’s objectives be realized, Wahhabi terrorist gangs such as ISIS will fill the vacuum left by the illegal “regime change” war.

Israel, like Canada and its allies, including the Persian Gulf Dictatorships/Monarchies, prefers the total destruction of democratic, pluralist, secular, civilized Syria in favour of gangs of Wahhabi-inspired terrorists.International Law, Human Rights, The Fight against Terrorism: Which Country Holds the Legal and Moral High Ground, Canada or Syria?

There have never been “moderate” terrorists in Syria.  The “moderate” opposition in Syria attends parliament and does not seek the violent overthrow of its elected government.  The real “moderates” abhor the genocidal violence of the western-supported terrorists.

All armed opposition groups in Syria engaged in combat against government forces along with slaughtering defenseless civilians are terrorists.

Washington and its rogue allies support them – imported death squads unable to exist without foreign backing.

We no longer need to draw on historical memory either – a weak spot with Western MSM consumers.

We can almost be forgiven for forgetting that the West destroyed Libya using al Qaeda proxies, and that Libya is now an ISIS stronghold.

We can almost be forgiven for forgetting that the West continues to destroy Iraq, using proxies, or that it did the same thing in Afghanistan, and Bosnia, or the fact that the West supports an illegal neo-Nazi infested regime in the Ukraine.

But in the here and now, ignorance or forgetfulness is not an excuse.

In an interview with neo-con Wolf Blitzer, on the CNN propaganda channel, Congresswoman Tulsi Gabbard re-iterated what we should all know: The war on Syria is illegal and counter-productive, and a (proposed) “No-Fly Zone” would escalate the war and worsen the current humanitarian and refugee crises.

She also amplified the fact that Western imperialism has (intentionally) strengthened rather than weakened terrorist groups in Iraq, Libya, and Syria.

In an interview with The Nation, she explained that

Escalating the war to overthrow Assad will make things even worse. It will cause more suffering and chaos and strengthen ISIS and Al Qaeda to the point where they may be able to take over all of Syria,” and the result, she says, would be disastrous,  “including a genocide against religious minorities, secularists, atheists, and anyone who refuses to accept the extremist Wahhabi theology. The refugee crisis will increase exponentially, and it could lead to a direct confrontation with Russia.

The West’s refusal to seek peace and its choice to instead perpetrate an overseas holocaust is consistent with the Israeli intelligence chief’s lament that ISIS is being weakened in Syria.

Evidence demonstrates time and again that the West and its allies actively seek to destroy other sovereign nations by supporting terrorist groups like al Qaeda/al Nursra Front, ISIS, and other terrorists groups.

It’s increasingly a “no-brainer” on many levels:  During the U.S. bombing campaign, ostensibly against ISIS, for example, ISIS territory actually increased dramatically.

Once a country is destroyed and/or balkanized, it is less able to oppose any number of Washington’s toxic agendas, including pipeline plans.

Whenever Canada or its allies talk about peace, and combating terrorism, or whenever they vilify President Assad and the Syrian government, we can be assured that they are lying, or that they are politically ignorant, or that they are blindly following illegitimate diktats from above.

The notion that our governments actually represent “the people”, is increasingly absurd.The original source of this article is Global ResearchCopyright © Mark Taliano, Global Research, 2016

Interview with Doctor Bassam Barakat On the USA illegal burning of...