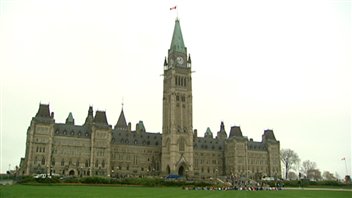 The biggest threat to Canada’s national security is internal. It is the offshoot of an extraordinarily successful — because it remains largely undetected — coup that imposed itself on the country with the federal election of the Conservative Party of Canada (CPC) in 2006, and solidified its impacts with the election of a Conservative majority in 2011.

Author, poet, academic, and former Canadian diplomat Prof. Peter Dale Scott recently disclosed a wikileaks cable indicating that the International Republican Institute (IRI), an off-shoot of the CIA, and a subsidiary of the National Endowment for Democracy (NED) helped install Stephen Harper as Canada’s Prime Minister. This was the coup.

Point 12 of the cable explains that

“In addition to the campaign schools, IRI will be bringing in consultants who specialize in party renovation to discuss case studies of political parties in Germany, Spain, and Canada which successfully carried out the process”

A similar, but more violent, “renovation” process occurred in 2009 when the democratically-elected government of Manuel Zelaya was overthrown in a U.S-orchestrated coup. It is also the same illegal “renovation” that is destabilizing Venezuela today, as the US interferes in the internal politics of that country, in what is often described as a “soft coup”.

” The assault by the Harper-Flanagan juggernaut on the generally friendly orientation of Canadian conservatism towards the state, towards Indigenous peoples, and towards the institutions of Crown sovereignty helped clear aside obstacles to the importation from the United States of the Republican Party’s jihad on managed capitalism. Flanagan and Harper took charge of the Canadian version of the Reagan Revolution aimed at transforming the social welfare state into the stock market state.”

The implications of this conservative “jihad” are a threat to our national security on many levels. Stephen Harper’s attacks on Canada’s knowledge base are foundational to what can only be described as an endorsement of man-made climate change, which is likely the foremost threat to both humanity and to Canada. The Fifth Assessment Report of the International Panel on Climate Change (IPCC)stresses the urgency to act now to mitigate catastrophic climate change, and yet the Harper government is moving Canada in the opposite direction. Most recently, the Harper government ratified a bilateral agreement with China, the Foreign Investment Promotion and Protection Agreement (FIPPA), which all but guarantees further expansion of Canada’s Tar Sands, and an expansion of its carbon economy.

Canada’s warmongering also bodes poorly for our collective security. The Conservative government has exploited the collective shock of the murder of Corporal Cirillo at Ottawa’s National War Monument, and the subsequent shoot-out at the House of Commons, by falsely conflating the tragedy with “Islamic terrorism” and by using it as a pretext to wage illegal warfare against ISIS. Many Canadians, including Cpl. Nathan Cirillo’s girlfriend, argue that we should be addressing the tragedy by improving Canada’s capacity to provide mental health care for all of its citizens, yet that is not part of the Harper government’s longstanding agenda.

Instead of working to stop the flow of money and arms to proxy mercenary armies – that are for the most part allied with the West to illegally topple the government of Syria’s Bashar al-Assad — Canada has instead chosen to use military options, all but guaranteeing prolonged and deadly warfare which will exact a horrendous toll on innocent civilians.

This militarism will likely be a threat to Canada’s security as well, since Canada will increasingly be associated with war crimes and imperial hegemony abroad, rather than peace-keeping.

The largely undetected coup, as revealed by the wikileaks cable, goes a long way towards explaining Canada’s current predicament. This secret intervention in Canada’s political landscape will continue to undermine our country’s prosperity and security, unless we become more conscious of its insidious impacts and choose instead trajectories towards peace and national security. The foundational (though suppressed) evidence is shouting that we’re on the wrong course, and that we need to make changes fast.

Who Are the 10 Biggest Pandemic Profiteers?