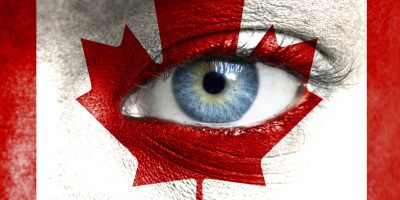 Canadians like to think of themselves as “progressive”.  They think that President Assad gasses his own people, and they think that Assad must go.

We already know what happens in terrorist-occupied areas of Syria, so presumably Canadians support this as well.

Terrorists appoint themselves as rulers in occupied areas, they do not hold elections, and they impose Sharia law.

They murder men, women, and children who do not obey. Women in particular are targeted. They are forced to wear burkas, they can’t leave the house without a male guardian, their educational dreams are shattered, and they are sold into sex slavery.

“Disobedient women” are whipped, and stoned, and placed in machines that literally squeeze them to death.

The reign of terror includes the demolition and erasure of Syria’s culture and institutions, and the genocide of Syria’s minorities, including Christians and Yazidis.

(w)hen I visited an IDP (Internally Displaced Centre) in Lattakia last year, everyone had horrific stories of the brutality they had suffered at the hands of our ‘moderate’ ‘rebels’. One of them said: “We don’t need the ‘freedom’ the Jihadists are calling for. We had a good life before. Leave us alone. We’ve had enough of your ‘freedom’. “Many others say they’ve seen the kind of ‘Democracy’ the Islamist terrorists will bring to their country… in the murder and torture of anyone who disagrees with their ideology. Those are the people whom our western governments are backing…

Ewelina U. Ochab describes the degeneracy of sex slavery in a March 2, 2017 article, “Sexual Violence As A Weapon Of War: The Story Of Daesh And Boko Haram”. She explains that

(d)uring my recent trip to Iraq, I was shown a document, dated October 16, 2014, listing the prices for the purchase of Yazidi and Christian girls and women. The prices ranged from 75,000 Iraqi Dinar (about $64) for a thirty- to forty-year-old woman, to 200,000 Iraqi Dinar (about $170) for a girl between one and nine years old. Overall, the younger the girl or woman was, the higher the price to be paid – the sight of such prices being paid for babies and young children filled me with unimaginable horror at the pain they would go through.

So, for as little as $64.00-170.00, Yazidi and Christian girls would become the property of Daesh fighters, who would then subject them to abuse on a daily basis …

“(e)veryone to whom we spoke is passionately against any Regime Change, such as that supported by the UK, arguing that the alternative would be disastrous.”

The authentic voices from Syria are screaming for justice, as “progressive” Canadians continue to support the black flag of terrorism and the lies of those in government who pretend to represent us.

READ MORE: America Bombs Syria, Protects the Terrorists. Where Is The Outrage?