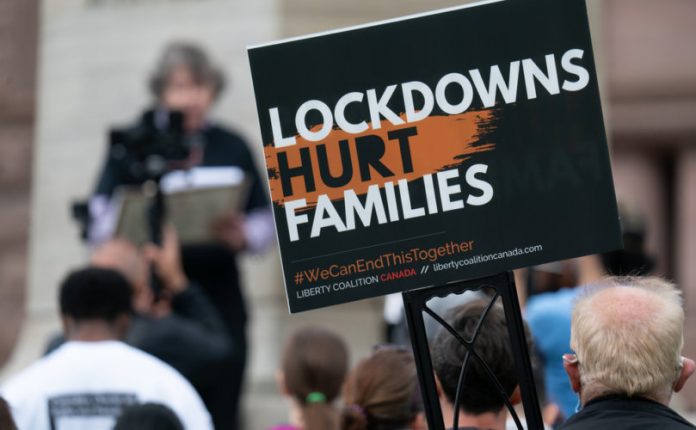 Dr. Patrick Phillips sees parallels between the current state of affairs and a dictatorship.

ENGLEHART, Ontario (LifeSiteNews) – A Canadian doctor who has been a vocal anti-lockdown advocate is under fire from the College of Physicians and Surgeons of Ontario after having frequently spoken out against what he considers harmful governance and public health policy.

On September 25, Dr. Patrick Phillips tweeted about what he sees a correlation between the rise of Adolf Hitler and the current medical policies controlling the lives of Canadians.

“Germany convinced the public it was good and gained their support for doctors and nurses to kill the ‘mentally feeble’ patients because they needed hospital beds for the front-line soldiers who ‘did their part.’” he said. “Sound familiar?’

He added that during the Third Reich, doctors and nurses also actively killed disabled children. Don’t settle for saying that’s “awful and unthinkable.” Instead, learn how it’s thinkable. The answer: valuing the health of the population over the rights of the individual patient. Public health ideology.”

The tweet, and other tweets he has written about the state of medicine and the rights of patients in the province of Ontario has been used by Ontario’s medical regulator as a justification to investigate his professional behaviour.

Dr. Phillips is not the first person to suggest that there are similarities between the activity of contemporary governments and dictatorships of the past. Holocaust survivor and medical activist Vera Sharav said on a podcast in August that we should be feeling “more than nervous” about the current state of public health measures, including lockdowns, forced vaccinations, and testing.

Due to Dr. Phillips’ public statements against lockdowns and vaccine passports, his support for early treatments such as Ivermectin, and about dangerous historical parallels, the CSPO ordered Dr. Phillips to appear before a discipline tribunal for “committing an act of professional misconduct.”

Phillips reacted to the harsh claims leveled at him from the medical regulator by tweeting, ““Never have I been more proud of myself than the day I decided to take a stand against our country’s medical tyranny. Providing patients and the public access to treatments for COVID-19 and vaccine injuries and protecting them from medical coercion is not something I will regret.”

DR THOMAS BINDER, SWISS CARDIOLOGIST, ARRESTED FOR SPEAKING OUT ABOUT THE...