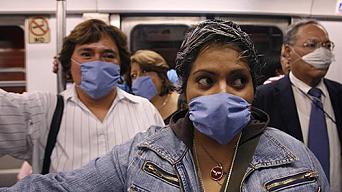 Supranational polities, including the World Health Organization (WHO) have created the perception that the coronavirus is a significant global threat — despite evidence to the contrary. (1)

“National” governments have turned the perception into a “consensus”, a “truth”, and have taken extreme precautionary measures.

A global Shock has been fabricated. Such Shocks, as Naomi Klein demonstrated in The Shock Doctrine, create opportunities that wouldn’t normally exist, to impose pre-planned agendas.

The 911 (2) controlled demolitions created the necessary public shock for policymakers to impose a fake “War on Terror” against us all. It was the necessary “Pearl Harbour” referenced by the Project for a New American Century (PNAC) group.

Waging a fake war on terror provides opportunities for imperialists to destroy countries and their peoples, so imperialists can control, loot, plunder, and even rebuild.

Additionally, according to PNAC’s Rebuilding America’s Defenses (RAD) (3) document,  “… advanced forms of biological warfare that can ‘target’ specific genotypes may transform biological warfare from the realm of terror to a politically useful tool.”

The coronavirus may not be “biowarfare”, but the West does have a long and sordid history of using bioweapons.  Western sanctions willfully targeted Iraqi water systems with the intended objective to create unsafe, biologically-contaminated drinking water. The result?  The West murdered almost two million Iraqis, including 600,000 children under five. (6)

As for NATO terrorists in Syria, one of the first things they and their masters do is destroy water plants and water sources.(7) Likewise for Libya. NATO bombed the famous water infrastructure.

The West has been using biowarfare for ages. Americans used it against indigenous peoples, centuries ago. In fact, many First Nations communities in Canada right now do not have clean drinking water.

“Natural” Disasters such as in New Orleans, Puerto Rico, and beyond, also create shocks, and in the aforementioned places, opened the door to neoliberal privatization schemes. (4)

Imperial wars of aggression, criminal economic blockades, and neoliberal political economies are real threats to humanity, but they are largely unnoticed by vast swathes of humanity — by design.

READ MORE:
Ascendancy of The Lie. US-NATO War on Syria Presented as a “Humanitarian Undertaking”

The coronavirus shock will close some doors and open others. Who created the virus? Who is implementing the response? Who will pay the biggest price? Who will benefit?

(5) Mark Taliano, “Privatization Is the Problem, Not the Solution.” Rabble.ca. 16 May, 2014.
(https://www.commondreams.org/views/2014/05/16/privatization-problem-not-solution?fbclid=IwAR0PuEztTFdwlh5OFQQnSrvtCwkHHofygrZJ4Xn4ftxVbbmENMpzkBvebok ) Accessed 14 March, 2020.