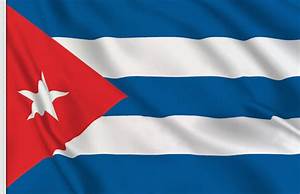 On Feb. 24, Cuba’s National Assembly of People’s Power conducted elections for its top leadership and the 31 members of the Council of State.

The event was recognized as a historic proceeding. After 49 years leading the country, first as Prime Minister and then as President, revolutionary leader Fidel Castro announced on Feb. 18 that he would no longer accept the posts of President of the Council of State and Commander-in-Chief of the military.

As he explained in a Feb. 18 message to the Cuban people, “It would be a betrayal to my conscience to accept a responsibility requiring more mobility and dedication than I am physically able to offer.” Castro is still an elected delegate to the National Assembly and First Secretary of the Communist Party of Cuba.

Of the 614 newly-elected delegates to the National Assembly—Cuba’s parliament—609 met in an all-day session to nominate and elect the Assembly’s leadership and the Council of State. The delegates were elected Jan. 20 for five-year terms.

The body’s composition stands out for its diversity. Two-thirds are serving for the first time. Women make up 43.18 percent of the National Assembly with 219 members, ranking Cuba’s parliament third worldwide in women’s government participation. There are workers of all fields and members of all sectors of Cuban society—from industrial production to tourism, farmers, teachers, intellectuals and cultural artists, scientists, members of the military and students.

The all-day parliamentary session—the seventh since the establishment of the National Assembly of People’s Power—began in an organized and calm fashion at 10 a.m. at Havana’s Convention Center. María Esther Reus, President of the National Electoral Commission and Cuba’s Minister of Justice, presided.

The nomination and election of all the leading officials of the Assembly and Council of State took up the rest of the day. Cuban national television and radio stations transmitted much of the proceedings live.

Although the U.S. media universally refers to Cuba as a dictatorship without “free” elections, in fact Cuba’s electoral system is a highly organized and participatory parliamentary system in which the delegates represent all of Cuba’s socialist society.
Building a workers’ democracy

The concepts of democracy and representation in Cuba’s socialism are fundamentally different from the U.S. capitalist system.

Following U.S. military intervention in Cuba in 1898, the Cuban political system was entirely subverted by U.S. imperialism. Members of the Cuban ruling class competed for political power in a multi-party electoral system riddled with corruption and fraud—both levers used by Washington to guarantee its interests. When the multi-party system did not suffice to keep the Cuban masses in check, the U.S. government backed dictatorial rule.

The lessons from the period would largely influence Cuba’s revolutionary political system. According to Arnold August’s “Democracy in Cuba and the 1997-98 Elections,” when Fidel Castro brought up the need for elections in one of the many mass public meetings that followed the 1959 revolution, the proposal was shouted down. To the workers and peasants, elections had meant political disenfranchisement and subjugation to imperialist interests.

In the course of the revolution, however, Cuba’s capitalist class was eliminated and the construction of a workers’ state began. This opened the way for a new type of elections. In 1974, local and provincial levels of state were created in the province of Matanzas and elections to those bodies were organized.

That experiment served as the foundation for the electoral system known as People’s Power, enshrined in the constitution approved by popular referendum in 1976.

In Cuba, there are no private property owners who hold sway over elected officials as in the U.S. Congress. There are no capitalists who control factories, the healthcare system, mines and land with the power to shut down workplaces and lay off thousands of workers. The productive forces, land and natural resources are the common property of the people, with a state and government that constitute workers’ power.
Bourgeois democracy: workers need not apply

In the United States, it is the normal order of business for corporate lobbyists to bribe and influence every Congressional member with untold millions of dollars in order to mold a government that manages the affairs of the capitalist state. Hefty campaign contributions, kickbacks and even corporate positions after their congressional stint is over are all “business as usual” for virtually every elected official who reaches the pinnacles of Congress.

Representation for the population, primarily the working class, is without guarantees and more removed as monopoly strengthens and the capitalist class grows more powerful.

Then there are the unelected institutions such as the U.S. Supreme Court—whose judges are appointed for life—and the U.S. Federal Reserve System, whose power has tremendous influence on the economy and, consequently, on the lives of millions of workers.

In short, the U.S. government acts wholly on behalf of the capitalist class. Only when the workers and great social movements—such as the Civil Rights movement, the labor struggle of the 1930s or the anti-war struggle during Vietnam—have intervened has the capitalist government been forced to make concessions that benefit the vast majority of the population.

That is why during the debates of the Democratic candidates, Barack Obama and Hillary Clinton claim in a back-handed way to be against the Bush administration’s tactics in handling the war in Iraq. Every time the Bush administration asks for another multi-bullion-dollar war “emergency” appropriation, however, the House and Senate votes are almost unanimous.

Obama and Clinton have each voted for every single war appropriations bill.

Republicans may be more barefaced about their support for war and unfettered profits, but capitalist rule and the political super-structure is a twin-party operation.

In Cuba, the revolutionary Rebel army and the masses overthrew the old capitalist state, and in the first months and years carried out sweeping economic changes that eliminated the capitalists’ rule. The nascent revolution then began to institutionalize the government on the basis of socialist property, whereby production is decided on the basis of meeting the peoples’ needs.

Delegates in all levels of Cuba’s government, from the Municipal, Provincial, and National Assemblies, are elected in their neighborhoods, without the privileges that capitalist politicians come to expect. In Cuba, Assembly members continue to work at their regular jobs, and get no salary from their parliamentary responsibilities.

Fidel’s voice will continue to provide guidance to the revolution. Unlike imperialist pundits would have us believe, however, Cuba’s political system does not rest on one man’s power but on the collective participation of millions of Cubans—a worker’s democracy that will continue to develop and thrive.

Imperialists Steal And Destroy. They Do Not Save Countries. Commentary and media by Rida Ali

Part 5: The Fourth Industrial Revolution and the Technocratic Takeover w/...