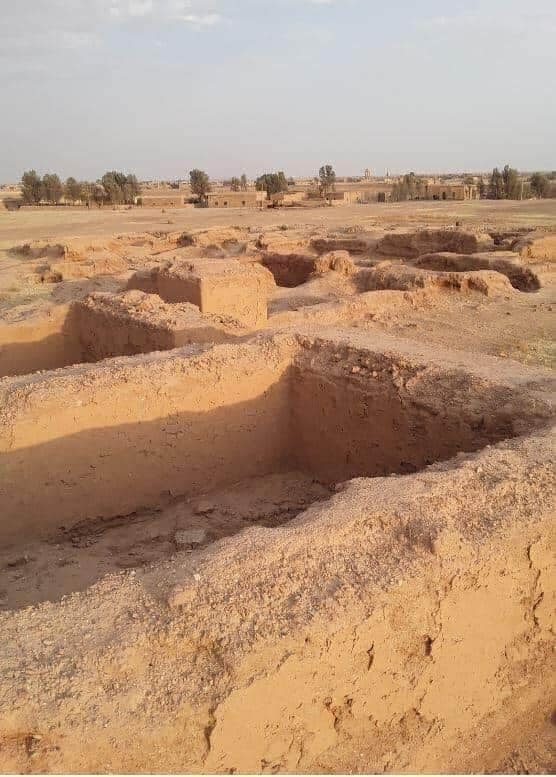 French troops steal artifacts from north Syria with the support of US- backed Kurdish militia.

French experts have been conducting excavations in the archaeological site “Dor Catalemo” in the “Ghriba al-Sharqiyyah” countryside, in the northern countryside of Deir Ezzour, since months.

The French experts , under the protection of the “SDF” militia , begin the excavation works after midnight, and continue until the morning, amid great secrecy, while they have warned the militia elements in the villages surrounding the site not to approach.

The French experts transfer the stolen artifacts to the oil field of Omar where foreign forces, including French, exist.

“Dor Katalimo” is an important archaeological site located in an area now called “Sheikh Hamad Hill”, on the eastern bank of the Al-Khabour River, and about 70 km away from the city of Deir Ezzour.

The site dates back to the Middle Assyrian period, between the 14th century BC and the 10th century BC.

At about 200 French soldiers exist in SDF-held areas in northeastern Syria.