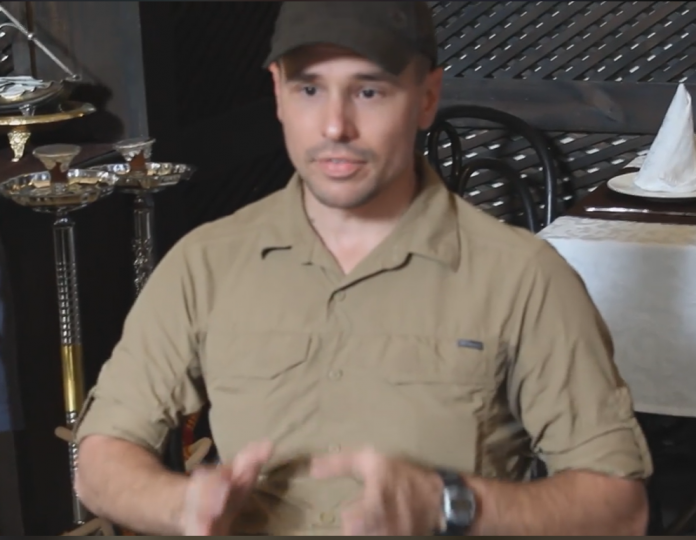 Shortly after the Western cruise missile attacks on Syria, Pearson Sharp visited the site of the alleged chemical attack in Douma, Syria (the fake pretext for the missile attack) and found no evidence that it had occurred.

… He made a point of saying the weapons Inspectors have not even been in through there. Nothing has been announced. No one has made an effort to look at the stuff. Again reiterated what the other doctor said there were no deaths that day and that as far as he was, as far as he knew, that it was a normal day like any other. He had seen no evidence whatsoever of so out of 30 plus people that I talked to who live in the area over over seven years, no one saw or heard anything that day,

So you can draw whatever conclusions from that you want. That doesn’t mean that something didn’t happen, but I didn’t see any evidence of it that day.

Did you go in a hazmat suit or just as you are?

Did you see any OPCW investigators?

Do you know why they’re not there yet? Because they’re in the country.

I’ve been talking to Abdul… and he said they’re in some sort of meeting right now, but not attended to.

So they haven’t attended the scene yet?

No, not yet. And from what I’ve heard, it must be definitively that that’s what this all is, what I saw when I went.

So that kind of ties in with what Russia has been saying from the get go. There’s no chemical attack, no one died, right?

You weren’t scared to touch anything or to be.

I mean, there’s thousands of people walking around there. They’re already there. Yeah. Children were happy to be liberated.

Did you get a sense that people were happy to be liberated?

Oh, yeah, absolutely. That was a question that I asked a bunch of people. I said, how do you feel about Bashar al-Assad? Everybody, without question, said they loved him if he was doing a great job. And I asked them what they thought about the moderate rebels and how they were. And they said there are no moderate rebels, said when they were here, we were starving to death. And if we complain, they murdered us.

And they said now that the Syrian army has come and recaptured it, life is normal again.

Have the Syrians or Russians found any stockpiles of medicines or food?

Two Russians have found any stockpiles of. You can make pictures of the building with the Yes. And you’re putting all this work into your work. Yes. Yes, as soon as I can. Then you can tell us what we can. Yeah, by tomorrow, you can see it on your TV newscast. Yeah, seriously, I’m going to get like I’ll get fired if you guys.

OK, so please don’t I know Pearson, I missed the first part of this, I’m sorry you were talking with medical doctors who were there on that day and what was their response?

Again, that they hadn’t seen anything was a totally normal day. Nobody died. No chemical whatsoever. No chemical burns. So and OPCW hasn’t been there yet, as far as I know. I know they have the doctors and they have illness, so.

And what about the building that the cruise missiles destroyed?

Was that that’s not that’s not there. OK, so. So the airstrikes did not attack where you were examining the alleged chemical attack?

Trump is Playing a “Dirty Game”? Report from Damascus at 4am...