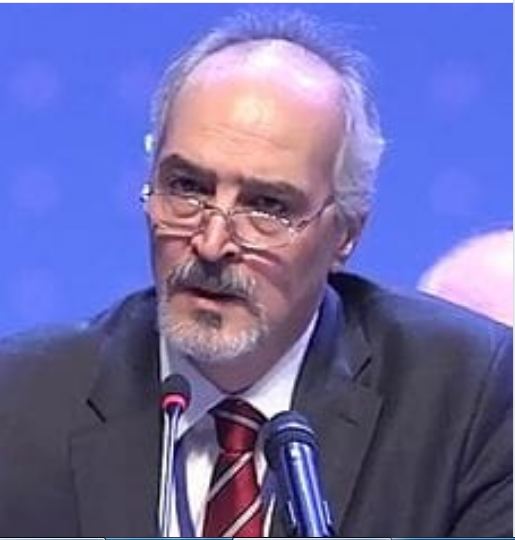 《When the United States publicly steals 200,000 barrels of oil from the Syrian oil fields on a daily basis, and 40,000 tons of cotton, and burns thousands of hectares of wheat fields, steals five million livestock, and prides itself on “dividing Syria” and weakening the value of the Syrian pound Intentionally, when coercive economic measures are imposed aimed at strangling the Syrian people, occupying parts of the Syrian lands, and protecting their Turkish partner who occupies other lands, and when the United States representative, despite all of this, talks about her administration’s concern about the deteriorating living conditions of the Syrian citizen, and attributes this deterioration to what you call “the system.” The legitimate question here becomes, are these not symptoms of political schizophrenia? Does this not indicate an acute illness? 》
Syrian Ambassador: Dr. Bashar Al-Jaafari