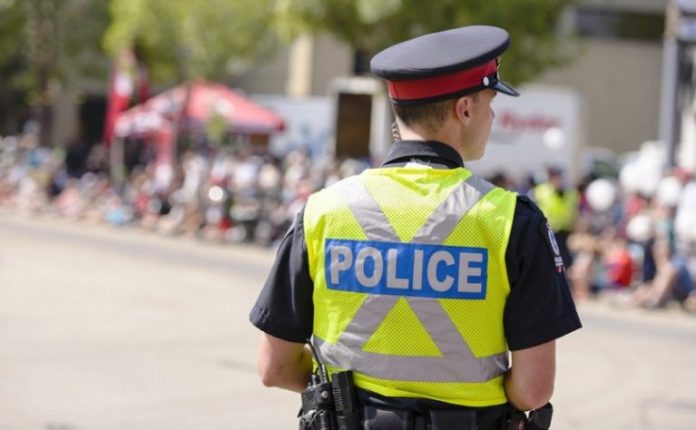 ‘Our group will not be coerced or shamed into compliance with a policy that we believe to be irrational, arbitrary, immoral, illegal and destructive on many levels. We will continue to stand up, speak up, and fight for our rights and freedoms,’ a representative said.

A collective made up of jabbed and un-jabbed firefighters, cops, transit workers, and other civic workers threatened to take legal action against the City of Edmonton and its officials unless it rescinds a mandatory COVID vaccination policy.

“Our group will not be coerced or shamed into compliance with a policy that we believe to be irrational, arbitrary, immoral, illegal and destructive on many levels. We will continue to stand up, speak up, and fight for our rights and freedoms. The Policy must be rescinded now, to mitigate the harms it has already caused and to avoid those that will obviously continue to result otherwise,” Jadusingh wrote.

Jadusingh said the civic group he represents believes that Edmonton’s policy is “fundamentally flawed or unfair in its premises,” and was implemented “without due considerations being made, and is discriminatory, profoundly destructive on various levels, and is unlawful.”

“The Policy in its design and application is arbitrary and punitive; it inflicts severe consequences on those with the temerity to make an unfashionable personal medical choice. Without regard to the consequences, it scapegoats and alienates people irrespective of whether they have actually caused any harm,” Jadusingh wrote.

“We believe that the Policy and others like it are among the most coercive and oppressive actions a government in Canada could take.”

Since November 15, all Edmonton employees have been mandated to have the COVID jabs, submit to twice weekly rapid testing or face potential job loss.

The city does allow for “sincerely held religious belief” exemptions. However, these must be sworn under oath at the cost of the employee. Medical exemptions require a doctor’s attestation, which is next to impossible to obtain.

However, Jadusingh’s letter states that although exemptions to the “policy are hypothetically available,” the group has “no faith in the circumstances here that exemptions will be (or have been) adjudicated fairly.”

Under its Conservative Premier Jason Kenney, Alberta enacted a province-wide vaccine passport despite the leader earlier promising he would not do so.

Kenney has allowed private companies to openly discriminate against those choosing not to get the jabs by allowing them to enact draconian COVID jab mandates.

In the civic group letter, Jadusingh brought up the fact that Kenney flip-flopped on COVID jab mandates, writing,

“Our concerns about the unlawfulness of the Policy seem all the more justified when one considers prior statements by the Alberta Government.”

The letter lists multiple quotes from Kenney in which he stated he would not introduce vaccine passports, as they might “contravene the Health Information Act and possibly FOIP.”

“Yet, here we are. Provincial and Municipal governments, and private companies in Alberta have all imposed covid vaccine mandates.”

Jadusingh wrote that Edmonton’s COVID jab policy is “unconstitutional, violates the privacy and medical rights of employees, and is in breach of countless employment contracts.”

“And, insofar as it coerces ‘choice’ or ‘consent’ to be vaccinated, or causes harm to vaccinated or unvaccinated individuals, the Policy may be the basis for civil, criminal or regulatory liability  against individuals and institutions,” Jadusingh wrote.

Jadusingh wrote that “Unvaccinated City employees” like their “vaccinated counterparts” are “people.”

“They have done nothing illegal, immoral or harmful. And they have no such intentions. All they have done is made a lawful medical choice for themselves that many others disagree with. They have perfectly rational, valid, and deeply-held reasons for that decision,” Jadusingh wrote.

“Unvaccinated people are entitled to fair and equal treatment under the law, and by their fellow citizens. Their dignity and freedom of choice are worthy of respect and zealous protection. Their status as a small statistical minority does not justify or trivialize or excuse violations of their fundamental rights – it does the exact opposite.”

In his legal letter to Edmonton city officials, Jadusingh wrote that in this “burgeoning culture of contempt, people who are unvaccinated are quickly given prejudicial and entirely unwarranted” labels.

Jadusingh noted that labels such as “anti-vaxxers,” “anti-science,” and “religious nutcases” could “constitute hate speech under the Criminal Code if it referred to, for example, religious or racial minorities, instead of ‘the unvaccinated’.”

“This is all despite the fact that fully vaccinated people quietly make up very significant proportions of current covid cases and hospitalizations in Alberta and elsewhere. And this is despite the fact that ‘the unvaccinated, by having that status, have not committed any crime or done anything wrong,” Jadusingh wrote.

Alberta Healthcare Services (AHS) has extended to November 30 a deadline for a mandate that all of its workers be fully vaccinated with the COVID jabs. This mandate once it takes effect will impact thousands of nurses and other healthcare workers.

The City of Calgary has a COVID jab mandate in place similar to Edmonton’s.

Many doctors in Alberta have blasted COVID jab mandates and have also questioned the government’s claim that it is the un-jabbed clogging the healthcare system.

A group of Alberta physicians claims their government’s data show COVID jabs cause short-term jumps in cases counts, deaths, and hospitalizations possibly because the “vaccine is causing immunosuppression.”

The group said that the government’s data seem to “show us that vaccines are contributing to a rise in cases, hospitalizations and deaths.”

Just recently, Alberta physician Dr. Chris Gordillo talked about the ill effects he has witnessed from the injections.

The COVID-19 injections approved for emergency use in Canada, including the Pfizer jab for ages 12 and up, all have connections to cells derived from aborted babies.

The COVID jab trials have never produced evidence that vaccines stop infection or transmission. They do not even claim to reduce hospitalization, but the measurement of success is in preventing severe symptoms of COVID-19.

The original source of this article is LifeSiteNews

Central Banksters and the Elimination of Cash

Jab Mandates are the Rehearsal, the Future will be Worse/ By...