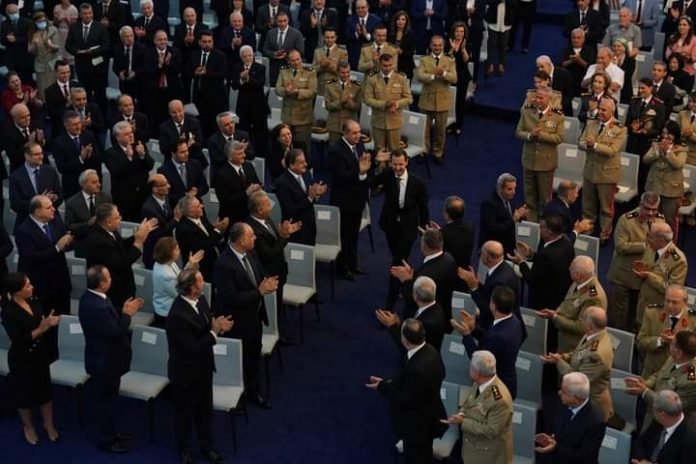 President Bashar Al-Assad took the oath of office for fourth term at the People’s Palace in Damascus.The main points in the speech he is giving now are:

The door of national reconciliation will remain open. “We tell each and every one of those who bet on the demise of the homeland, you are exploited by the enemies of our country against your own people, and the revolution with which they deceived you is an illusion.”

The title of the coming stage is to increase production and to open doors for investments.

3000 facilities are under construction in Syria.

Renewable energy is the way to resolve the problem of electricity outage.

We will liberate all areas in Syria from the Turkish and US occupation forces and their terrorists.

We salute all honest Syrian residents, who resist occupation forces, in north of Syria.

Syria will never abandon the Palestinian cause.

We trust our Russian and Iranian friends.

The enemies of Syria bets on turning Syrian citizen into mercenary.