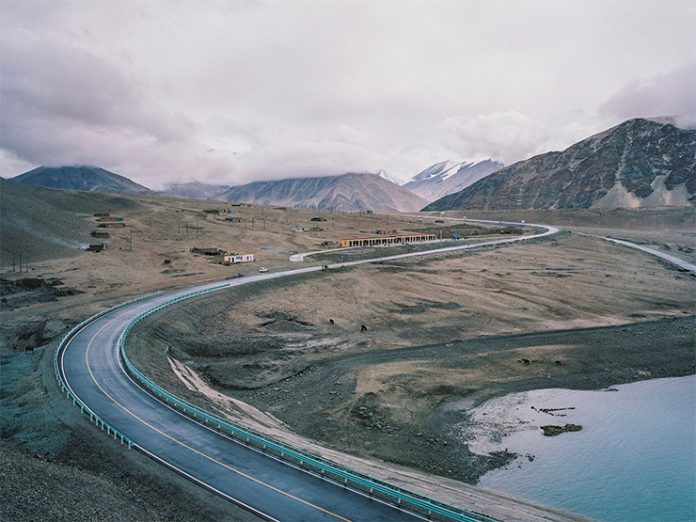 In recent months Western media and the Washington Administration have begun to raise a hue and cry over alleged mass internment camps in China’s northwestern Xinjiang where supposedly up to one million ethnic Uyghur Chinese are being detained and submitted to various forms of “re-education.” Several things about the charges are notable, not the least that all originate from Western media or “democracy” NGOs such as Human Rights Watch whose record for veracity leaves something to be desired.

In August Reuters published an article under the headline, “UN says it has credible reports that China holds million Uighurs in secret camps.” A closer look at the article reveals no official UN policy statement, but rather a quote from one American member of an independent committee that does not speak for the UN, a member with no background in China. The source of the claim it turns out is a UN independent advisory NGO called Committee on Elimination of Racial Discrimination. The sole person making the charge, American committee member Gay McDougall, stated she was “deeply concerned” about “credible reports.” McDougall cited no source for the dramatic charge.

Reuters in their article boosts its claim by citing a Washington DC based NGO, the Chinese Human Rights Defenders (CHRD). In an excellent background investigation, researchers at the Grayzone Project found that the CHRD gets hundreds of thousands of dollars from unnamed governments. The notorious US government NGO, National Endowment for Democracy, is high on the list of usual suspects. Notably, the CHRD official address is that of the Human Rights Watch which gets funds also from the Soros Open Society foundation.

The true state of affairs in China’s Xinjiang Province regarding Uyghurs is not possible to independently verify, whether such camps exist and if so who is there and under what conditions. What is known, however, is the fact that NATO intelligence agencies, including that of Turkey and of the US, along with Saudi Arabia, have been involved in recruiting and deploying thousands of Chinese Uyghur Muslims to join Al Qaeda and other terror groups in Syria in recent years. This side of the equation warrants a closer look, the side omitted by Reuters or UN Ambassador Haley.

According to Syrian media cited in Voltaire.net, there are presently an estimated 18,000 ethnic Uyghurs in Syria most concentrated in a village on the Turkish border to Syria. Since 2013 such Uyghur soldiers have gone from combat alongside Al Qaeda in Syria and returned to China’s Xinjiang where they have carried out various terrorist acts. This is the tip of a nasty NATO-linked project to plant the seeds of terror and unrest in China. Xinjiang is a lynchpin of China’s Belt Road Initiative, the crossroads of strategic oil and gas pipelines from Kazakhstan, Russia and a prime target of CIA intrigue since decades.

Since at least 2011 at the start of the NATO war against Bashar al Assad’s Syria, Turkey had played a key role in facilitating the flow of Chinese Uyghur people to become Jihadists in Syria. I deliberately use “had” tense to give benefit of the doubt if it still is the case today or if it has become an embarrassment for Erdogan and Turkish intelligence. In any case it seems that thousands of Uyghurs are holed up in Syria, most around Idlib, the reported last outpost of anti-regime terrorists.

In an excellent analysis of China’s Uyghur terror history, Steven Sahiounie, a Syrian journalist with 21st Century Wire, notes that a key organization behind the radicalization of Chinese Uyghur youth is the East Turkestan Islamic Movement (ETIM) and its political front, the Turkestan Islamic Party (TIP), which is also known as “Katibat Turkistani.” He cites a speech in Istanbul in 1995 by Turkey’s Erdogan, then Mayor, who declared, “Eastern Turkestan is not only the home of the Turkic peoples but also the cradle of Turkic history, civilization and culture…” Eastern Turkestan is Xinjiang.

ETIM today is headed by Anwar Yusuf Turani, self-proclaimed Prime Minister of a government in exile which notably is based in Washington DC. ETIM moved to Washington at a time the US State Department listed it as a terrorist organization, curiously enough. According to a report in a Turkish investigative magazine, Turk Pulse, Turani’s organization’s “activities for the government in exile are based on a report entitled ‘The Xinjiang Project.’ That was written by former senior CIA officer Graham E. Fuller in 1998 for the Rand Corporation and revised in 2003 under the title ‘The Xinjiang Problem.’”

I have written extensively in my book, The Lost Hegemon, about career senior CIA operative Graham Fuller. Former Istanbul CIA station chief, Fuller was one of the architects of the Reagan-Bush Iran-Contra affair, and a prime CIA sponsor or handler of Gülen who facilitated Gülen’s USA exile. He was also by his own admission, in Istanbul the night of the failed 2016 coup. In 1999 during the end of the Russian Yelstin era, Fuller declared,

“The policy of guiding the evolution of Islam and of helping them against our adversaries worked marvelously well in Afghanistan against the Russians. The same doctrines can still be used to destabilize what remains of Russian power, and especially to counter the Chinese influence in Central Asia.”

In the late 1990s, Hasan Mahsum, also known as Abu-Muhammad al-Turkestani, founder of the East Turkestan Islamic Movement, moved ETIM’s headquarters to Kabul, taking shelter under Taliban-controlled Afghanistan. In Afghanistan, ETIM leaders met with Osama bin Laden and other leaders of the CIA-trained Al Qaeda, the Taliban, and the Islamic Movement of Uzbekistan to coordinate actions across Central Asia. When the Pakistani military assassinated al-Turkestani in 2003 Turani became head of ETIM, and took his roadshow to Washington.

In his own study of Xinjiang, the CIA’s Graham E. Fuller noted that Saudi Arabian groups had disseminated extremist Wahhabi religious literature and possibly small arms through sympathizers in Xinjiang, and that young Turkic Muslims had been recruited to study at madrasas in Pakistan, Afghanistan and Saudi Arabia. He adds that Uyghurs from Xinjiang also fought alongside Osama bin Laden’s Al Qaeda in Afghanistan in the 1980s.

“Uyghurs are indeed in touch with Muslim groups outside Xinjiang, some of them have been radicalized into broader jihadist politics in the process, a handful were earlier involved in guerrilla or terrorist training in Afghanistan, and some are in touch with international Muslim mujahideen struggling for Muslim causes of independence worldwide.”

The January 2018 Pentagon National Defense Strategy policy document explicitly named China along with Russia as main strategic “threats” to continued US supremacy. It states, “Inter-state strategic competition, not terrorism, is now the primary concern in US national security.”

Explicitly, and this is new, the Pentagon paper does not cite a military threat but an economic one. It states, “China and Russia are now undermining the international order from within the system by exploiting its benefits while simultaneously undercutting its principles and ‘rules of the road.’” The escalating trade war against China, threats of sanctions over allegations of Uyghur detention camps in Xinjiang, threats of sanctions if China buys Russian defense equipment, all is aimed at disruption of the sole emerging threat to a Washington global order, one that is not based on freedom or justice but rather on fear and tyranny. How China’s authorities are trying to deal with this full assault is another issue. The context of events in Xinjiang however needs to be made clear. The West and especially Washington is engaged in full-scale irregular war against the stability of China.

F. William Engdahl is strategic risk consultant and lecturer, he holds a degree in politics from Princeton University and is a best-selling author on oil and geopolitics, exclusively for the online magazine “New Eastern Outlook” where this article was originally published. He is a frequent contributor to Global Research.

Featured image is from the author.

This skilfully researched book focuses on how a small socio-political American elite seeks to establish control over the very basis of human survival: the provision of our daily bread. “Control the food and you control the people.”

This is no ordinary book about the perils of GMO. Engdahl takes the reader inside the corridors of power, into the backrooms of the science labs, behind closed doors in the corporate boardrooms.

The author cogently reveals a diabolical world of profit-driven political intrigue, government corruption and coercion, where genetic manipulation and the patenting of life forms are used to gain worldwide control over food production. If the book often reads as a crime story, that should come as no surprise. For that is what it is.

Libya And The Lies Of Empire, February, 2015