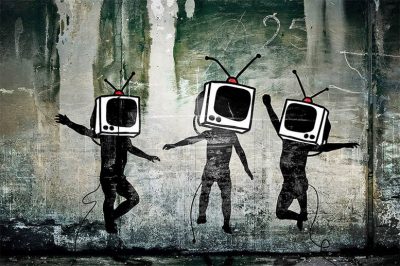 Ruling class policymakers hide their criminality beneath banners of freedom, democracy, and human rights. [1] These lies provide cover for what amounts to a Western- orchestrated and sustained overseas holocaust and the thirdworldization of domestic populations.

The lies are further reinforced when those who advance these toxic policies are celebrated as heroes. This misplaced adulation negates the struggle for Peace and the rule of International Law. The lies and misplaced adulation also serve to legitimize the West’s proxies, which include al Qaeda [2] in Syria, and neo-Nazis [3] in Kiev.View image on Twitter

What’s great thing about the pic accompanying this piece in the Washington Post sanctifying McCain as a human rights advocate is that the guy to his left is an actual Nazi. He’s Oleh Tyahnybok, a Ukrainian Nazi. Too good!561:38 PM – Aug 28, 201860 people are talking about thisTwitter Ads info and privacy

The adulation, then, is part of the apparatus of deception. It brands those who should be facing trials at the Hague as heroes, as it erases the truth, which is a vital component for Peace and International Justice.

Mark Taliano is a Research Associate of the Centre for Research on Globalization (CRG) and the author of Voices from Syria, Global Research Publishers, 2017.Bartlett Pierces the Fog of War Lies and Omissions at Toronto’s Al-Qud’s Day Rally

2. Prof. Tim Anderson. “The Unspoken Truth is that America is Supporting Al Qaeda: Heavy Propaganda Rages in the Battle for Aleppo. The Terrorists are Portrayed as ‘ Freedom Fighters ‘.” Global Research. 01 May, 2016. (https://www.mondialisation.ca/the-unspoken-truth-is-that-america-is-supporting-al-qaeda-heavy-propaganda-rages-in-the-battle-for-aleppo-the-terrorists-are-portrayed-as-freedom-fighters/5522594) Accessed 29 August, 2018.

“Every flu is going to be transformed into a drama drumming”...

Syrians Have Names and Faces