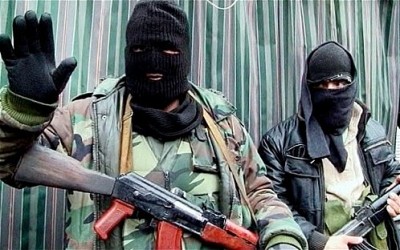 Monopoly media news fabricators would have us believe that false flags are conspiracy theories.  In the real world, however, false flag terrorism is military doctrine. [1]

“Even after Syrian nun Mother Agnes Mariam had denounced ‘false flag’ crimes and reported on the recycling of photos of dead bodies (SANA 2011), and after western journalist Nir Rosen (2012) reported that the Islamist ‘rebels’ were dressing up their own casualties as ‘civilians,’ the WLM stuck to its jihadist-linked sources, reporting that the Syrian Army was constantly targeting ‘civilians.’ [3]

The entire cycle of false flag attack, followed by media complicity, followed by escalated military “interventions” based upon false pretexts, is entirely illegal according to international law.

US National Security Adviser John Bolton’s recent threat, which basically telegraphed an upcoming false flag chemical weapons attack, is criminal.  The threat itself, explains international lawyer Christopher Black, “is an act of aggression meant to terrorise the people of Syria.” Additionally, Black asserts that “any military action against Syria will be an act of aggression and a war crime.” [4]

In light of an anticipated criminal aggression against Syria, based upon a predicted false flag attack, the Global Network for Syria made the following statement:

“We therefore urge the US, UK and French governments to consider the following points before embarking on any military intervention:

Now that Syria is on the cusp of total victory, the West is scrambling to engineer yet another disastrous false flag.

2. The “War on Terror” itself is a false flag in the sense that the West positions al Qaeda et al. as enemies when they are in fact proxies.

Death and Destruction of Ukraine