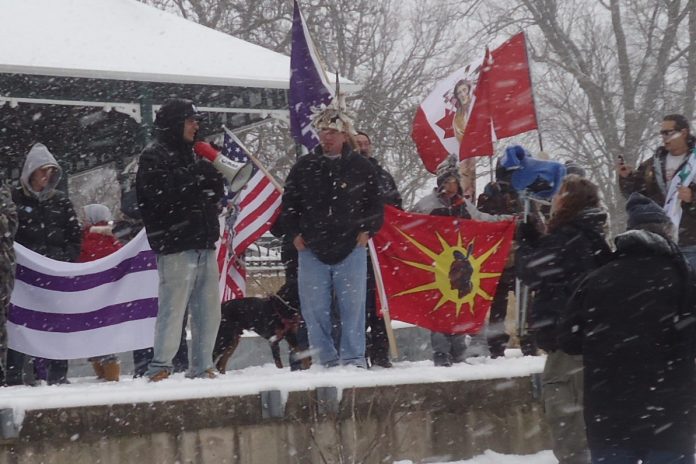 First published by Global Research on May 5, 2008.

This article below was offered to the Canadian media as an exclusive piece last week, and was rejected or ignored by the following newspapers:

The Globe and Mail, The National Post, The Montreal Gazette, The Toronto Star, The Ottawa Citizen, The Ottawa Sun, The Winnipeg Free Press, The Edmonton Sun, The Vancouver Sun, The Province, The Alberni Valley Times, The Epoch Times, and the Victoria Times Colonist:

Rend your hearts, and not your garments Joel 2:17

All major newspaper in Canada refused to publish the truth regarding the residential schools as conveyed by Rev. Kevin Arnett. We are reposting this important article on Canada Day 2021.

Let us reflect on our history and how our history has been the object of censorship and distortion.

Imagine for a moment that your own child goes missing and never comes home. Years pass, and one day, the person responsible for your child’s death is identified, but he evades arrest and imprisonment simply by issuing to you an “apology” for your loss. He even speaks of seeking “reconciliation” with you.

How would you feel?

Hold on to that feeling, and now multiply your loss by many thousands of children, and make the guilty person the government and churches of Canada. Do so, and you will have arrived in a human way at the Indian Residential Schools atrocity.

One of my former parishioners put it another way:

“What we did to those native children was an abomination, and abominations aren’t resolved with words and money. We need to have our hearts torn in two and be changed. We’ve got to stand, ourselves, under the judgment of God.”

I doubt that Stephen Harper would be satisfied with an apology if his own kids were hauled off and killed for being practicing Christians. Yet on June 11, 2008, he will stand up on our behalf and try to apologize to other nations for having exterminated their children.

The whole effort seems more than ludicrous, or obscene. One cannot, after all, apologize to the dead. But the truth is, the government’s planned “apology” to native people is an enormous exercise in deception – primarily self-deception.

Do we even know the meaning of that easily uttered term, “apologize”?

It actually has a double meaning, according to the internet Dictionary: a) “an acknowledgment of regret for a fault or offense” and b) “a formal justification, defense or excuse for one’s actions”.

That is, in our vernacular understanding of the term, an “apology” can be a genuine regret for one’s acts; but it can equally be a way to evade responsibility for one’s acts, by justifying oneself before one’s victim.

The legal understanding of the word, however, is more specific, and has nothing to do with regret: “apology” is defined simply as “a disclaimer of intentional error or offense”.

Now, I’m assuming that the government of Canada relies on legal definitions – operating, as it claims, “under the rule of law” – rather than popularly understood ones. So we must realize that when the government and its Prime Minister uses the term “apology”, its understanding of the word is the legal one: namely, “a disclaimer of intentional error or offense”.

In other words, on June 11, Stephen Harper will issue to the world a disclaimer to the effect that the Indian Residential Schools were not an intentional offense.

It’s not surprising that the Prime Minister will be making such an outrageous and unsupportable claim, since if he ever admitted that the residential schools were intentional, he’d be the first defendant in the dock at an international war crimes trial.

But more important, this effort by our government – and the churches it is protecting – to be absolved of their own crimes is taking place under the illusory pretense of making amends with native people, when its purpose is simply to legally exonerate itself of culpability for the deaths of thousands of children.

This, indeed, has been the norm for both church and state ever since the first lawsuit was launched by residential school survivors in February of 1996. An army of court scholars and legal experts has generated a mountain of “holocaust denial” at every level of Canadian society during the past dozen years, to convince the world that the daily death and torture at the residential schools was not intentional at all.

Such an “apologetic” agenda defies logic and common sense, as in the statements from the government’s misnamed “Truth and Reconciliation Commission” scholars that, while evidence shows that residential school children were being buried “four or five to a grave”, and that the death rate in these schools stayed constant at fifty percent for over forty years, these deaths were “not intended”.

To believe that, one has to ignore the evidence of senior government officials like Dr. Peter Bryce, who found that children were regularly being “deliberately exposed to communicable diseases” in residential schools, and left to die untreated. The word Bryce used was “deliberately”. How else, after all, do so many children die?

All of this legal hoop jumping and evasion of responsibility might make sense to the government, and pay the salaries of their intellectual mercenaries, but it does nothing to advance the cause of truth telling and humanity in Canada, and snuffs out the lives of our victims ever more quickly.

I know this all too well, having spent most of my waking hours for years as a counsellor, advocate and chronicler for many aboriginal survivors of the death camps we like to call residential schools. And what I’ve learned from such work is that we cannot come to grips with something that we don’t understand.

The truth is, Euro-Canadian society still doesn’t understand what these “schools” were, either at a “head” or a “heart” level. If one believes the officers of the churches and government, the residential schools “issue” is all about money and verbal gymnastics. Yet none of these officials, as far as I know, have broken down and wept in public over the deaths of so many innocent ones; nor have they even offered to return their remains to their families for a proper burial.

Oddly enough, the very same officials continually and glibly speak about “healing the past”, without even knowing their own history, and about “solutions” to the “residential school problem”, as if they understand what that problem is – not realizing that, to quote William Shakespeare, “The fault, dear Brutus, is not in our stars, but in ourselves.”

For in truth, there is not now, nor has there ever been, an “Indian problem” in Canada. Rather, the problem is a “white” one. The problem is with us.

I won’t point to collapsing eco-systems or troops in Afghanistan to prove this point. Nor need I pose the paradox of how educated men and women, with families of their own and a professed “Christian morality”, could drive needles through infants’ tongues at Indian residential schools, throw three year olds down stairs, sterilize healthy kids, and deliberately allow children to cough their lives away from tuberculosis, and then bury them in secret graves.

The evidence of the problem is more immediate, and far closer to home, in our continued segregation of aboriginal people into a lower standard of humanity that allows them to die at a rate fifteen times greater than other people of this country.

After all, if we Canadians are who we imagine ourselves to be – an enlightened society that “assimilated” native people into our ranks, and made them our equals – then why has not a single person ever been brought to trial for the death of a residential school child? Why is the disappearance of tens of thousands of native children in these schools not the subject of a major criminal investigation? And why is there an Indian Act, and not an Irish or an Italian Act?

Being, in reality, an unofficially apartheid society that operates, in practice, with two standards of justice – one for native people, and one for the rest of us – Canada can no more cure the legacy of the residential schools than it can stop chewing up the earth for short-term comfort and profit. At least, not this side of a fundamental moral and social revolution.

The fact that we are far from such a change struck home to me a few months ago when the the government’s fraudulent “Truth and Reconciliation Commission” announced that, although criminal acts did indeed occur in the residential schools, there would be no criminal investigation of these schools: an unbelievably brazen subversion of justice that evoked not a murmur of protest in the media or among the good citizens and politicians of Canada.

Regardless of this, there are things that can be done to overcome the genocidal residential schools legacy, and do justice, for once, to the survivors.

Rather than issuing verbal and self-serving “apologies” which change nothing, or staging a sham “Truth and Reconciliation Commission” that has no power even to subpoena evidence, the government and all of us could take these kind of bold measures:

2. Fully disclose what happened in the residential schools – naming the crimes, the perpetrators, and the cover-up – by launching an International War Crimes Tribunal with the power to subpoena, arrest and prosecute those responsible.

3. Bring home the remains of all children who died in these schools for a proper burial, and establish public memorial sites for them.

5. End federal tax exemption for the Catholic, Anglican and United Church of Canada, in accordance with the Nuremburg Legal Principles concerning organizations complicit in crimes against humanity.

6. Abolish the Indian Act and Indian and Northern Affairs.

7. Recognize indigenous sovereignty and return all stolen lands and resources to indigenous nations.

An Irish relative once told me that the way her country is evolving away from eight centuries of warfare is through a simple formula:

“First you remember; then you grieve; then you heal”.

Instead of skipping the first two steps, as Mr. Harper and too many of our people are trying to do “apologetically”, it is time that Canadians found the courage to truly remember and admit to the world what we did to the first peoples of this land, and grieve our actions in the manner of people who truly rend their own hearts and want to change.

Perhaps then “healing and reconciliation” can become something more than an overworked political catch-phrase.

Kevin Annett is a community minister in Vancouver who is the author of two books on Indian Residential Schools and an award-winning film maker.

Chinese Swimmer Sun Yang Is a Victim of Confusion and Bias

14 September 2013The original source of this article is www.mohawknationnews.com

Canada’s Relationship With First Nations Is a Failure