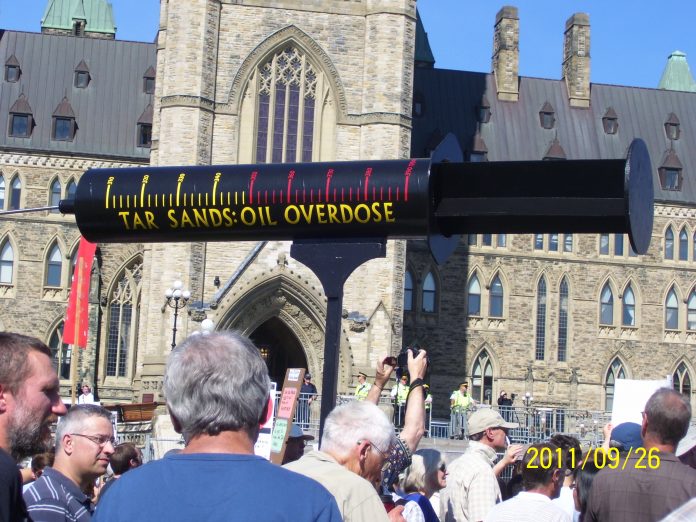 The current trajectories of Canada’s predominant political economies are increasingly dysfunctional, due in no small part to the fact that we have become, in many respects, a petro state, rather than the much vaunted “Energy Superpower” that we were promised.

While Alberta is not a sovereign nation, it does qualify for “petro-state” status under these criterion. So does Norway. But the differences between the two polities ends there. While Norway manages its resource wealth extraordinarily well, Alberta — and Canada, by extension — does not.

One significant difference is savings. Norway has a savings fund, known as a “Sovereign Wealth Fund” which is worth about $656 billion for a population of under 5-million people.

Alberta’s Heritage Trust Fund, on the other hand, is worth a relatively paltry $16.6 billion, for a population of about 3,847,100 people.

The differences in the sizes of these savings funds has far-reaching impacts. As author Terry L. Karl explains in “Understanding The Resource Curse,” a country (such as Norway) that diverts its resource revenue to a savings fund, is necessarily compelled to use its tax base for government funding. Consequently, citizens pay higher taxes, but the politicians represent those who pay the bills (the citizens) rather than representing the insular interests of oil-producing corporations, to the detriment of the public sector, and democracy.

Unlike Norway, Canada, is quite dependent on its resource revenues for government funding. About 40 per cent of Canada’s resource revenues go to Ottawa, and about one third of Alberta’s bills are paid by oil and gas revenues. According to Karl, these differences explain why Alberta’s tax rates are so low, (the lowest personal taxes in Canada) and why its governance is more top down, corporation oriented. As long as taxes are low, people remain relatively disinterested in issues of governance. In the 2008 elections, 60 per cent of eligible voters in Alberta stayed home.

There are other significant problems which are generated by this dependency on resource revenue. One of them is wealth distribution.

Rich get richer from energy wealth

Stephen Leahy explains in “The Bigger Canada’s Energy Sector Gets, The Poorer People Become” that economic markers can be deceiving. Consider statistics for Gross Domestic Product (GDP), which is a measure of economic activity. The GDP averaged about $600 billion per year in the ’90s and by 2012 it had increased to $1.7 trillion. On the surface, this seems laudable, but little of the wealth stayed in Canada, and what did stay went to a small percentage of the population. Consequently, income inequality has also increased.

Similarly, our reliance on the boom/bust cycle of resource revenue funding (without setting aside sufficient funds) means that governments habitually overspend. Resource rich Alberta has run a deficit for the last six years running.

This boom/bust revenue model, a hallmark of neoliberal economic theory, impacts the whole country. Safety, environmental, and human rights have become less important; international efforts to address global warming, such as the Kyoto Protocol, and the United Nations Convention to Combat Desertification (UNCCD) have been rejected; real science is now seen as an enemy to overcome; and democracy is an inconvenience.

Much of the manufacturing losses are tied to the rise of the petro-dollar which tends to rise and fall with the price of petroleum. Ten years ago, the Canadian dollar was worth about 65 cents relative to the U.S. dollar. Now both dollars are at about the same level. This parity negatively impacts exports and, therefore, the manufacturing base.

Even Industry Canada acknowledges the problem. Their report notes that between 2002 -2007, from 33-39 per cent of Canadian manufacturing job losses were due to “resource-driven currency appreciation.”

Despite the overarching negatives, including job losses and deficits, trajectories of Canada’s reigning political economies have remained unchanged. Continued on-the-ground realities, however, may force the government’s hand. Sources as varied as the International Energy Agency (IEA), HSBC, the Conference Board of Canada, and the International Monetary Fund (IMF) are increasingly concerned about Canada’s misdirected obsession with extreme energy extraction.

The International Energy Agency’s (IEA) World Energy Outlook states that “no more than one third of proven energy reserves of fossil fuels can be consumed prior to 2050.” (Barring the unlikely and exponential growth in carbon capture storage strategies.)

The Conference Board of Canada in an article entitled “Opportunity Lost? Alberta is Facing Short And Long Term Financial Challenges Despite its Oil Wealth” observes that Alberta is facing a $4-billion budget deficit, and recommends a “more sustainable fiscal model.”

Meanwhile, the International Monetary Fund (IMF), recognizing the imperatives of transitioning to a low carbon world, is urging nations to slash carbon subsidies, which would drastically slow bitumen extraction developments.

Unlike Norway, Canada’s economic and political self-determination is already curtailed by NAFTA, and by the time Harper’s next suite of corporate empowerment treaties (FIPPA, CETA etc.) are ratified, our ability to determine better political economies will be further hamstrung.

However, despite the restrictions, there still remain some possible alternatives to our current self-defeating political economy.

The Pembina Institute, paralleling views of the IMF, argues that the $1.3 billion in subsidies handed out to the oil and gas industries would be better spent on transitioning to clean energies, as it would create 18,000 more jobs as well as “a healthier economy, and a cleaner environment.”

Clearly Canada’s economic direction, which is to increase rather than decrease extreme energy extraction, is hitting the wall.

Evidence shouts that we should be transitioning to a low carbon model. Creating a strong Federal Savings Fund, reducing carbon subsidies, and increasing taxes in certain jurisdictions (like Alberta and New Brunswick) would be a start, but we also need more evidence-based policy making, and therefore different governance.

The longer we wait before the inevitable and necessary transitions, the more it will cost.