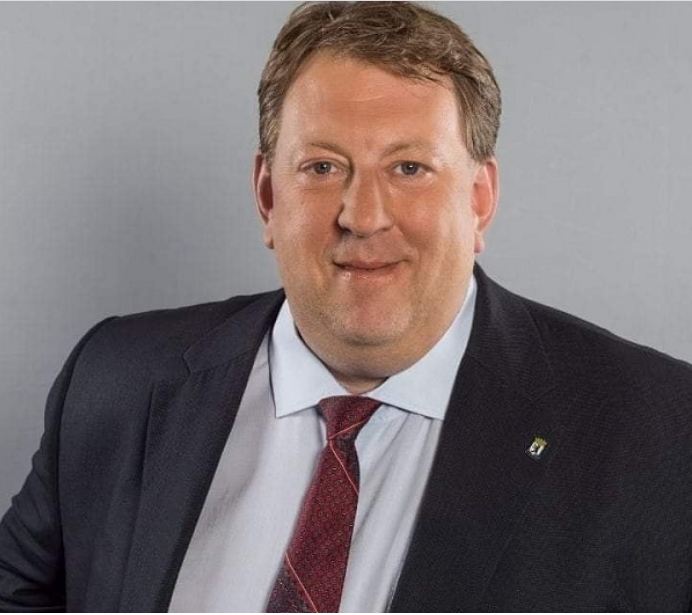 German politician has argued that the unilateral and coercive sanctions being imposed on Syria harm the people in Syria and only create unnecessary new refugees, calling on his government to fully resume diplomatic relations with the legitimate Syrian government.

Gunnar Lindemann, Member of Berlin regional parliament, told Syria Times e-newspaper: ” I reject the renewed tightened sanctions against Syria, against the Syrian government and against the Syrian people. This policy of sanctions must end, because these sanctions harm the people in Syria and only create unnecessary new refugees…The West must finally accept that President Bashar Assad is the head of the democratically elected Syrian government. We must end all sanctions against Syria and we should fully resume diplomatic relations with Syria. This is the only way we can solve the problems.”

He asserted that European Union and the German Merkel government are responding to the US call and will continue the policy of sanctions against Syria, although this is only about the US’s economic and political interests.  “The US pursues its own economic and political interests. This has a strong influence on the EU and on reporting in Europe and Germany. The Syrian government is portrayed as evil in most of the European media, especially the influence from the USA. And Europe, and especially Merkel Germany, is too weak to put its own interests first,” the MP clarified.

EU blindly follows US interests He went on to say: “I find it regrettable that the Europeans blindly follow the interests of the USA here. Germany in particular must have an interest in working with the Syrian government. Over 800,000 Syrians have fled to Germany since 2015. In order to enable these people to return to their homeland, we –Germans- have to cooperate with the Syrian government as solutions can only be found here together.

My party, the AFD, has also drawn up corresponding proposals in the Bundestag.

Unfortunately, these have so far been rejected by the Merkel government.” The German politician, in addition, affirmed that the Turkish regime’s attacks on Syria constitute violation of international law, which the world community should not accept. “There is no democratic justification for these Turkish activities. Turkey is pursuing its own political interests in the region, especially in northern Syria. On the one hand, the Turkish regime claims that it wants to minimize the influence of the Kurds.. On the other hand, Turkey, like the USA, seeks to have access to Syrian resources, especially oil. In the past, Turkey has regularly bought oil from ISIS terrorists at apparently low prices, as various satellite images prove,” Lindemann added.

He believes that it is now important to stabilize the situation in Syria and to rebuild the country, pointing out that this could only be done together with the Syrian government, with President Bashar al-Assad. “A stable Syria creates and protects peace in the Middle East. In my opinion, this is important for Germany and Europe, and we should work towards this together.” The politician affirmed.

The MP indicated that the German government and also the EU will, at least symbolically, provide a small amount of financial support for Lebanon in an attempt to buy influence in Lebanon, but due to the complicated situation there it will not succeed.

“The question is, of course, who will get the money and whether the money will be delivered to the people who need help. Such financial aid often seeps away in dubious channels,” he emphasized.

As for his country’s stance towards the Israeli’s repeated attacks on Syria, Lindemann made it clear that since the persecution and murder of the Jews in Germany from 1933 to 1945, Germany has had a special relationship with the Jews and especially with Israel. Public criticism of Israel in Germany is not desired.