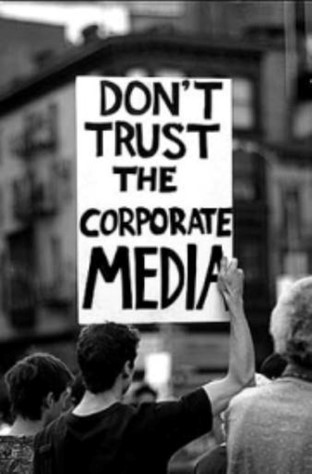 Washington has also been waging a largely successful war on Western minds. Toxic MSM indoctrination has robbed Western populations of critical thinking skills to such an extent that Western populations continue to embrace tv messaging that fabricates support for Wahhabi terrorism and engineers rejection for democracy, equal rights, religious diversity and civilizing values – all of which are best represented by the legitimate Syrian government and the vast majority of Syrians.

Canadians need to listen to voices from Syria.  One such voice is that of Reverend Andrew Ashdown, who has been a regular visitor to Syria throughout the war.  In a recent Facebook message he wrote this:

“Poignant to visit one of the iconic sites of Deir Ezzor this afternoon – the main suspension across the Euphrates bridge. In 2009 I brought a tour group here, had a meal in the restaurant by the river, which is now a ruin, and watched the boys as they dived into the river from the bridge. The bridges across the Euphrates were bombed by the US airforce, preventing the Syrian Army from fighting IS, and protecting their territory. The destruction of this bridge cost the lives of 150 Syrian soldiers. The attack encouraged a further attack by IS on Deir Ezzor, and echoed an ‘accidental’ attack by the coalition air a force on the Syrian Army as they were fighting ISIS, killing hundreds of Syrian soldiers, and resulting in an IS advance on the city. And the western coalition are fighting for ‘democracy’?”

In a single paragraph Ashdown confirms what has been proven many times over. ISIS and all of the terrorists are proxies for the West (sometimes expendable, but proxies nonetheless).  Syria and its allies are the enemy — not the terrorists, and the notion that the war on Syria is somehow “humanitarian” or a “democratic endeavor” is absolutely ridiculous.

Another voice from Syria, that of permanent Syrian resident Lilly Martin, lays bare yet another war propaganda lie, the one about “Moderate opposition”.

The so-called “moderate opposition” are sectarian terrorists, and they always have been.

Peace and Justice demand that we denounce the lies and move forward on a framework of Truth.

John Webber Speaks At Rally in Toronto, ON

“Data is The New Oil” And the Data Is Fake

The Dangerous Alliance of Rothschild and the Vatican of FrancisBy William...

Palmyra: Interview with SAA Colonel on US Co-operation with ISIS/ ...

Did you know?? / By Basma Qaddour