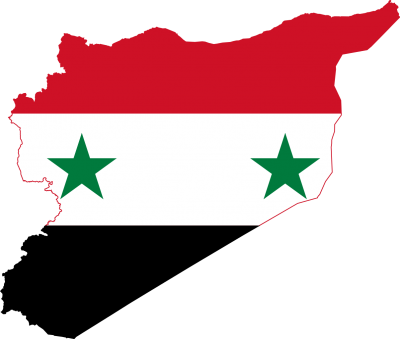 Before the pre-planned Western dirty war on Syria, Syrians respected each other’s religions as a personal matter of the soul.  Politics and religion were separated by a healthy firewall.

But Syrians are very well educated: before the war, there was no illiteracy.  And so, for the most part, Syrians can see through the lies and manipulations of imperial powers that seek to use religion as a wedge issue between groups. They’ve seen this divide and conquer strategy play out in all of the countries that have recently been destroyed, especially in Iraq, and they remember.

Syrians understand that they are protecting their homeland from those who seek to impose the  extremist, un-Islamic ideology of Wahhabism on the region.

Slogans about democracy are empty and insulting. When an American tourist questioned an elderly Syrian about democracy, the Syrian exploded with justifiable indignation. Terrorists murdered some of his loved ones – an all too familiar tragedy amongst Syrians – and he understands that Obama of the U.S., and their allies, are responsible for the foreign-funded terrorism, and that they are equally responsible for the generally unsuccessful efforts to politicize religion in Syrian.  It has nothing to do with “democracy”.

“I support my Homeland, “ asserted the visibly upset man.

He sees through the lies and confusion to the blunt truth that his Homeland needs to be defended from ignorance.

None of the terror groups, including ISIS, has the right to impose its barbarous ideology on Syria, and any efforts to do so reflects imperial ambitions to divide and conquer Syria.

When groups such as Daesh slaughter peoples of all faiths in the name of their Wahhabi ideology, they are being un-Islamic, and they are instruments of anti-religious imperialism.

READ MORE: Report From Syria: “The Terrorists are Criminals and Killers, They Do It for Money”

Likewise, those who make weapons of war for profit are anti-religious.  Neither Islam, nor Christianity, nor Judaism, nor any other religion supports war for profit.  Syria’s Grand Mufti teaches this lesson well.

Another lesson from the Grand Mufti: When politicians use religion as part of their slogans, they are being anti-religious.  There must be a clear separation between church and state. Any state that defies humanity by supporting one religion exclusively is a dangerous state.

Syrians support the Syrian Arab Army.  Numerous, (very necessary) military check points that slow down traffic are welcomed by Syrians, who have a friendly and appreciative rapport with the soldiers who are protecting their loves. At one checkpoint, the driver offered a cigar to a soldier, and they hugged affectionately.  The laughter and collegiality is the rule rather than the exception.

Ali Salem, a Captain in the Syrian Arab Army, also sees through the lies.  Ali, like many Syrians, and many Syrian soldiers, is well educated and intelligent.  He has a PhD, and he is a veterinarian, but when the war broke out, his compulsory military service of about 18 months was extended. He explained in Arabic, French and English, that imperial agencies exploited and augmented “Arab Spring” protests by shooting police and military personnel, with a view to creating mayhem and to initiating a war featuring un-Islamic, foreign –funded terrorists.  Salem explained that terrorists include Syrian street people, thieves, and criminals; diesel fuel and drug smugglers; and those who were forced to fight under the threat of death or the death of family members; but terrorists also include “imports” from about 80 foreign countries.

Salem thinks that after the war, schools will have to teach the truth about the war, so that the current “crisis” will not repeat itself.

Naji Wahbi, another proud Syrian, is mayor of the ancient town of Maaloula, where Aramaic, the language spoken by Jesus, is spoken as a first language.

Terrorists destroyed and looted the ancient St. Takla shrine of Maaloula before the Syrian army defeated them in a bloody battle, which cost the lives of 200 Syrian soldiers. Airplanes couldn’t assist the Syrians, since the terrorists were armed with modern anti-aircraft weaponry – courtesy of the West and its allies.

When asked who is to blame, Wahbi identified Saudi Arabia, Qatar, Turkey, and of course, the U.S.A.

Syria is a holy and brilliant land, steeped in history, still offering newly discovered archeological treasures to humanity. Syrians, such as those described above, are the valiant defenders on behalf of all of us.

Melkite Archbishop of Jeanbart on the duty of every Christian to...