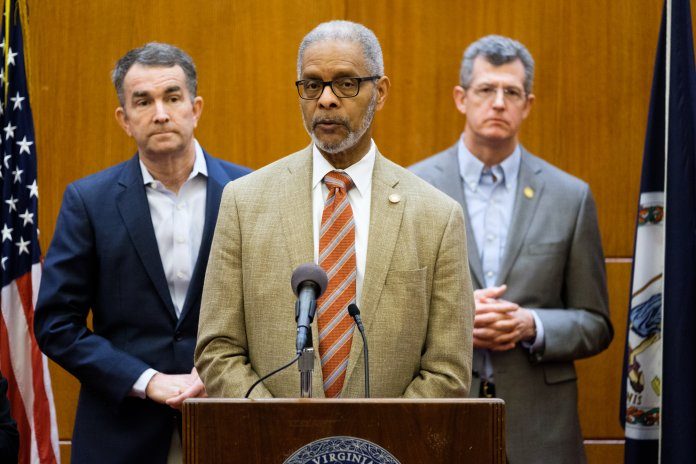 Officials with the Virginia Department of Health abruptly announced Friday that they were changing their methodology for reporting the number of COVID-19 tests conducted in Virginia.

The announcement came after data on the state’s coronavirus surveillance page appeared to show a dramatic one-day increase in test results, from 90,843 on Thursday to 105,648 on Friday.

Alena Yarmosky, a spokeswoman for Gov. Ralph Northam, said that roughly 5,800 of those results were new tests — a record for the state. But the other roughly 9,000 were older tests that the state retroactively included in its cumulative daily results.

Health Commissioner Dr. Norman Oliver said the old methodology counted the total number of people tested rather than the total number of tests conducted. Previously, if a single patient was tested four different times over the course of the illness, VDH reported that as one result.

“What we’re doing now is, we’re counting all four tests,” he said. “That’s the difference.”

About 10 percent of the state’s previous results were patients who had been tested for COVID-19 multiple times, he added after the press briefing. So, while the state’s surveillance page still includes a section for “Number of People Tested,” Friday’s numbers now reflect the total number of tests conducted in the state.

Oliver said that the new methodology will make it easier for the state to calculate the total percentage of COVID-19 tests that come back positive. That metric is considered important in evaluating the severity of outbreaks in different areas and — once more widespread testing is available — whether the virus appears to be accelerating or abating.

But the sudden change in methodology also makes it impossible to evaluate how the number of tests in Virginia has increased compared to past data, unless VDH continues to release the total number of people tested. Oliver said he wasn’t sure if that statistic will be added back to the surveillance page.

The total number of tests also doesn’t necessarily reflect whether most Virginians are able to be screened for the virus. Testing capacity at the state lab in Richmond is still directed to high-risk groups such as symptomatic residents in nursing homes. And primary care providers say there are still significant shortages in the swabs, transport media and personal protective equipment that make it possible to widely test patients.

While one resident tested four times for COVID-19 might reflect an overall increase in resources, it doesn’t indicate how many of the state’s 8.5 million residents have been tested — surveillance that’s been cited as an important step in reopening the state and controlling future cases.

“We have slowed the spread, but we are not out of the woods yet,” Northam said during the briefing. “We must continue to move forward carefully. Testing is key to that.”

Dr. Karen Remley, a former health commissioner brought on as co-director of the governor’s COVID-19 task force, said the state was continuing to focus on increasing its testing rates. She announced Friday that the state has contracted with two private laboratories in Virginia and one in North Carolina to boost capacity by 3,000 tests per day.

State officials also plan to launch a public information campaign encouraging doctors to test all symptomatic patients as the turnaround time for results at large commercial labs, such as Quest and LabCorp, continues to decrease.

It’s still unclear whether Northam will follow through on his initial plan to reopen businesses by May 8 — and whether the state’s increasing testing and tracing capacity is enough to accommodate an anticipated rise in cases when they do.

Another key tool in reopening is contact tracing, in which health workers identify the contacts of patients with COVID-19, test those people, and isolate any who test positive. Oliver said he hopes to increase Virginia’s tracing workforce to 1,500, but couldn’t provide the current number of personnel.

“It’s true that we don’t have a central roster of all our contact tracers,” he added. “Our local health departments do that work — I don’t know the exact number, but it’s in the hundreds.”

Kate grew up in Northern Virginia before moving to the Midwest, earning her degree in journalism from the University of Missouri.She spent a year covering gun violence and public health for The Trace in Boston before joining The Frederick News-Post in Frederick County, Md. While at the News-Post, she won awards in feature writing and breaking news from the Maryland-Delaware-DC Press Association, including a best in show for her coverage of the local opioid epidemic. Most recently, she covered state and county politics for the Bethesda Beat in Montgomery County, Md.

US Hospitals Getting Paid More to Label Cause of Death as...