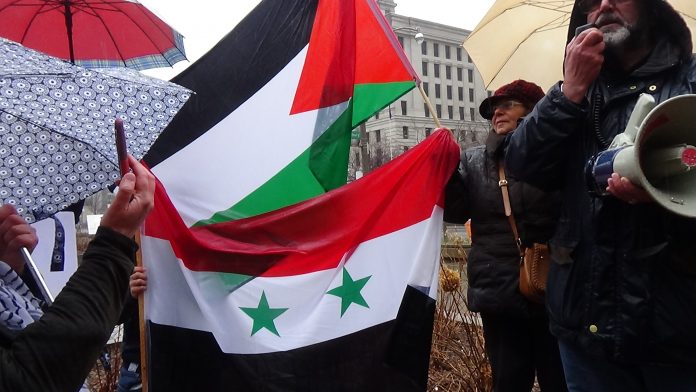 U.S-led NATO and its allies support ISIS and al Qaeda globally. They supported al Qaeda to destroy Libya, they support al Qaeda/ISIS and their affiliates in Syria and in Iraq, and now evidence demonstrates that they are also supporting al Qaeda/ISIS in Yemen.

The irrefutable evidence that the West supports these internationally-proclaimed terrorists in Syria, Iraq, and Libya has been available for years. Now, thanks to the efforts of investigative journalist Dilyana Gaytandzhieva, we see strong evidence that the West supports ISIS in Yemen as well. In her September 1, 2019 article, “Islamic State weapons in Yemen traced back to US Government: Serbia files (part 1)” the evidence is available for the world to see.

“Recently,” writes Gaytandzhieva, ” I anonymously received explosive documents from the Serbian state-owned arms companies Krusik and Jugoimport SDPR, including e-mails, internal memos, contracts, photos, delivery schedules, and packing lists with lot numbers of weapons and their buyers. Among the leaked documents I also received scanned passports of arms dealers and government officials from the US, Saudi Arabia and UAE. They have been involved in the trafficking of at least 3 million pieces of Serbian weapons (mortar shells and rockets) to Yemen and Syria in the last three years.

Tracking the lot number of these Serbian weapons I was able to identify and trace mortar shells in the hands of Islamic State terrorists in Yemen back to their buyer – the US Government. These documents expose the biggest lie in the US foreign policy – officially fighting terrorism while secretly supporting it.” (1)

Whereas Western foreign policy is on the wrong side of international law, humanity, morality, and civilization itself, the “Axis of Resistance” holds the higher ground.

Whereas the West and its allies vilify and oppose Hezbollah, for example, evidence demonstrates that instead of slaughtering Christians in Syria, as the West’s ISIS/al Qaeda proxies do, Hezbollah protects them.

“In this moving video, the monks and nuns at the monastery of St. James the Mutilated in Wars, Syria describe how H’zb’llah protected the monastery when the area was occupied by ISIS. In November 2015, I spent three nights at the monastery when ISIS frontlines were still only 1km away. There were nightly battles..we had little sleep, but the young H’zb’llah fighters were committed to protecting the monastery. Indeed they swore they would give their lives to do so, and to protect the Christian presence. The monks and nuns referred to them as ‘angels’. It is more than ironic that the British government supports the Islamist terrorists who have targeted all who do not follow their radical ideology and who have destroyed Churches and mosques, whilst declaring H’zb’llah, who have been instrumental in helping protect numerous Christian towns and villages in Syria, to be ‘terrorists’.”

As Canadians, we must reassess our geo-political orientations. We must denounce our government’s foreign policies. And we must re-examine our own self-image — which is based on the Lie, rather than the Truth.

Voices from Syria, Second Edition/ By Mark Taliano and Basma Qaddour. Available on Kindle and at Global Research