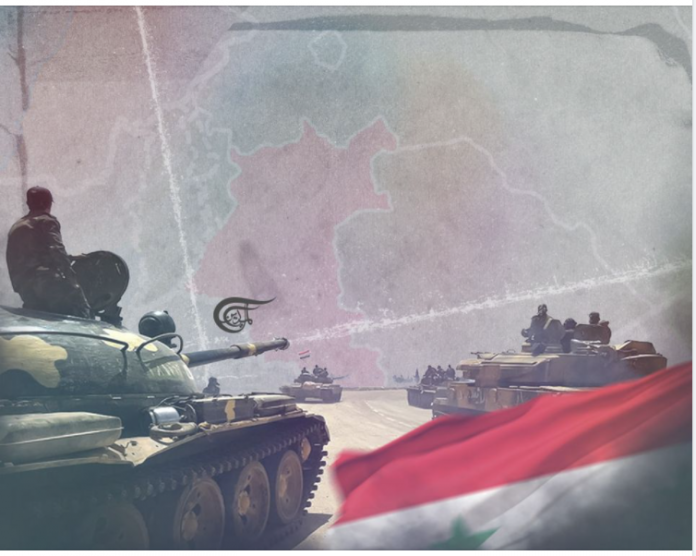 A meeting between armed groups’ ringleaders from Daraa Al-Balad district and intelligence officers of the Israeli occupation was held in Ayn Dakar area in Quneitra countryside at the same time of launching attack by armed groups in the western countryside on Syrian army’s points in Daraa few days ago.

The 1st legion and the 4th, 5th, 9th and 15th armored divisions take part in a military operation to isolate Daraa Al-Balad district from other districts to cut supply routes to the armed groups affiliated to “Al-Tahrir AlIslami” party and ISIS organization in Jassem and Tafas and Hawd Al-Yarmouk in the western countryside of Daraa.

Russia has presented a proposal to reach a peacful solution and it is holding talks with armed groups in Daraa Al-Balad. Source; Al-Mayadeen TV channel.