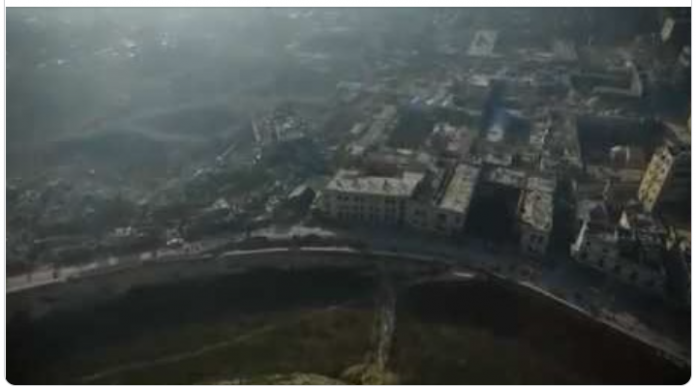 Notice how there’s not too much news about it these days? That’s because the terrorists, oops mean “moderates” that used to “report” to our media are gone.

And guess what? No massacres, no rapes, no mass executions from the Syrian Army. Only hungry people fed, cold people clothed, and terrorists escorted out in buses.

For some reason, people in the west think Syria can fight over 100,000 terrorists in their midst without killing or bombing anyone. The “rebels” bought and paid for by the west and our allies – and armed by them too – systematically targeted mosques, churches, schools, the university – and still we called them “moderates”.

A pastor whose church was bombed made a video to plead with the US to end our support of the monsters – and still we called them “moderates.”

They all pledged allegiance or subservience to al Qaeda and/or ISIS – and still we called them “moderates”.

They tortured, beheaded, kidnapped, raped, robbed civilians – and still we called them “moderates.”

But now our “moderates” are gone and there’s some peace again in Aleppo.

But the “news” doesn’t tell you that part of the story – does it?

Many thanks to the Syrian Ministry of Tourism for this beautiful yet so sad video.

“Moderate Rebels” never existed …. except as Western “Intelligence” construct to...