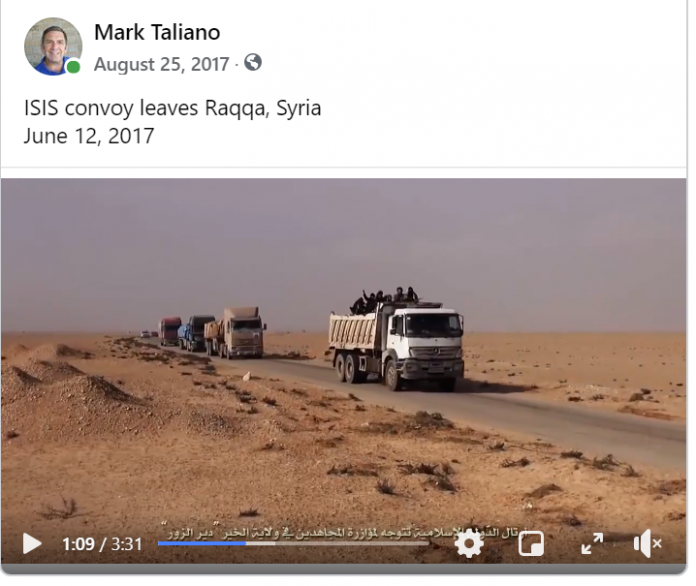 The occupation and destruction of Raqqa, Syria, by Western-supported terrorists, is now transforming itself into a re-occupation by “Kurdish” SDF terror proxies who are taking the place of the previous place-setters — ISIS/Daesh — many of whom are now being re-deployed elsewhere.

As with Mosul, Iraq,1 NATO’s ISIS assets occupied and terrorized the area for years, as Coalition forces illegally bombed the area – pretending to fight ISIS — destroying at will the ancient city, and killing mostly civilians.

As with Mosul, Iraq, the desired imperial outcome of catastrophic destruction and depopulation has been achieved.

But, whereas the endgame of now destroyed Mosul, Iraq has yet to unfold, (apart from ISIS being channeled to Syria), the endgame in Raqqa, Syria, is more transparent.

“Oct 14, 2017: Reqaa, Syria was the ISIS headquarters. The US backed Kurdish traitors went in with the pockets full of dollars paid by Saudi Arabia, and their weapons all free from Uncle Sam. They did FREE Reqaa of the ISIS, but in doing so the US backed Kurds have committed genocide and ethnic cleansing, killing and stealing the lands, homes, farms and shops of all the Syrian citizens. Notice that Mosul, Iraq was liberated, and the Iraqi citizens got their city back. But in Syria, the US military is backing some ethnic-killer-militia called SDF, and the unarmed civilians of Reqaa are either dead, maimed or living in a refugee camp, with no hope to return home. Go ask Pres. Trump what that is all about. I can not understand why this is allowed to happen, and the whole world is busy talking about a sex scandal – crime in Hollywood?2”

The anti-democratic, ethnic-cleansing SDF — stooges for the illegal US occupiers — are now posing as “liberators”, when in fact they are the new occupiers of Raqqa, Syria.

As with all of the terrorists who have infested Syria for the last seven years, the “Kurds” would not be a military threat without the direct support of the illegal Western Coalition forces occupying and destroying Syria.

1 Mark Taliano, “The Islamic State as ‘Place-Setter’ for the American Empire. ISIS is the Product of the US Military-Intelligence Complex.” Global Research, 30 August, 2017.
(https://www.globalresearch.ca/the-islamic-state-as-place-setter-for-u-s-empire-isis-is-the-product-of-the-us-military-intelligence-complex/5606371 )
Accessed 15 October, 2017.

The War on Syria Continues. Iran Is Next?