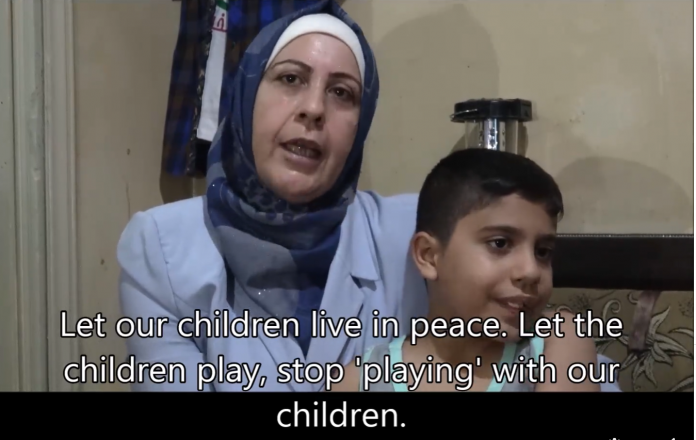 11 year old Ahmed was kidnapped from close to his home one year ago, by the “terrorists and the #WhiteHelmets“. His mother Wafaa told me they are terrified he will be “useful” in a staged “chemical attack” because he was born unable to speak and cannot resist or protest. (She also gave me more evidence of this possibility which I will include in the full article)

She prays he is returned to them. I will be writing a full report in the next few days when i have faster internet but for now, here is the message that Wafaa (Ahmed’s mother) wanted me to share with you.

Sitting next to her is her 9 year old son, Hamza who ” has a nervous attack every time we talk about Ahmed”

Ahmed’s father, Mohammed Ibrahim also asked that I take their voices as far as possible so the world can know what they are going through, their fears for their child – a child that is ignored by western media entirely. There are so many Ahmeds – his parents told me there are many children being held in Idlib and moved from place to place by the #WhiteHelmets and terrorist groups.

Please share Wafaa’s words as far as possible for the sakes of all the children in #Idlib and #Syria.