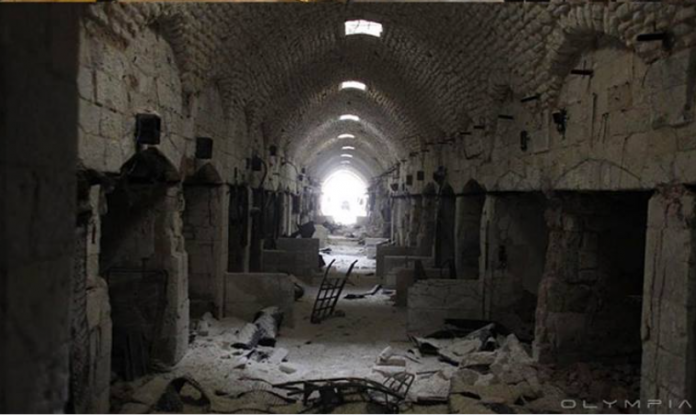 On December, 22, 2016, The Syrian army announced the country’s second city Aleppo had been fully liberated from foreign-backed terrorist groups thanks to the blood of heroic martyrs, the heroic deeds and sacrifices of Syrian armed forces and the allied forces, and the steadfastness of Syrian people.

The victory in Aleppo was a “strategic transformation and a turning point in the war on terrorism and a deadly blow to the terrorist project and its supporters”.

Terrorist groups occupied most parts of the city of Aleppo for 4 years from 2012 till 2016 and had perpetrated savage crimes against civilians and Syrian soldiers.

“My friend spoke by cell phone to her immediate relatives who are still held hostage inside East Aleppo. They have no food. Desperate to get out. As their houses are smashed, they simply move to a house which is in livable shape. They are trying to get out. They begged the Free Syrian Army to allow them to leave, the so-called ‘Free Syrian Army’ said no. They waved a white flag from their window, thinking if the Syria Arab Army arrived, they could get evacuated, the FSA shot at them and told them to get rid of the white flag. They know that many people are getting out, from phone calls with others, who have said they got out and are checking on their status.

They lost six members of the family a few days ago. That family was fleeing a village called Bab not far from Aleppo. There was a checkpoint run by ISIS and they shot the whole family. Witnesses called others and reported it to the family. The bodies were taken to Turkey. The family member who are in East Aleppo have said, as of today, their plan is to get up at first light tomorrow morning, and get with a large group of civilians and all make a dash for the exit. They have been watching the Syrian Arab Army advancing so rapidly, like clockwork.

The terrorists are retreating, and will either surrender, or be killed soon. It appears, from the eye witness testimony by cell phone this morning, that the Syrian Arab Army might be in the position tomorrow or the next day to declare the area clean and free of terrorists.

Now to feed and find shelter for all these poor people who have been held hostage for over three years, by the American–European supported terrorists, not to mention Australian and Gulf monarchies. Every house will be rebuilt in Syria and USA and her EU and Arab allies will pay for every nail.”

Western Regime-Change War Against Syria Did Not Turn out As Planned. Thank God.