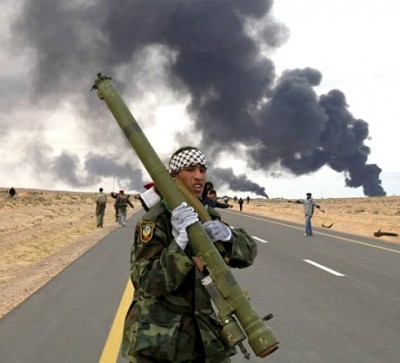 Stories from Syrians are conspicuously absent from mainstream propaganda stories.

I asked Ammar about life in Syria, and this is what he wrote:

“As everyday morning my sister was going to the university when a bloody Takfiri Salafi Wahhabi suicide bomber blew up bomb car at the bus stop which led to the martyrdom and injury of many civilians and university students who were going to their exams , after 10 minutes another suicide bomber blew up himself at the same place taking advantage of the gathering of people and ambulance teams, usually when a terror attack happens we call all family members and friends to make sure they all are ok . but this time no one answered! Then we started looking for her in hospitals . . . the shock was in the bloody views there ; many burned bodies and human body parts were on the ground , there i saw my sister a body without soul . . .”

Almost every new story from the West demonizes Vladimir Putin.  Ammar, however, has direct contact with Russian agencies.  This is his assessment.

“about Russian aid , I see the biggest humanitarian aid provided by our Russian brothers is fighting the US NATO founded brutal terrorism and supporting Syrian armed forces against western backed barbarian terrorism as well standing with Syria in International forums furthermore the Russian aid for in need Syrian civilians represented in food like rice , sugar , tea , canned meat and fish and medical aid that includes medicines, emergency medical supplies, antibiotics and medical products for the treatment of a variety of diseases as well they brought a doctors who made physical check up to needy people. these aid were distributed directly by Russians to needy people thanks to American European sanctions against Syrian people and against Syrian economy , prices got so expensive , economical situation became harder, targeting Syrian infra structures by the illegal US-led coalition aircrafts also Looting and theft Syrian industrial plants and then Sold cheaply to Turkey by their mercenaries. All these reasons increased the suffering of Syrian people moreover targeting Syrian central bank and Syrian pound caused to lose a lot of Syrian pound purchasing value.”Syria’s War For Humanity

The West demonizes the Syrian government, and invariably praises the mercenary terrorists, or confuses the narrative to protect the terrorists.  This is Amman’s assessment.

USA is the mastermind and the main planner of war in Syria from the first day USA took the role of Al Qaeda attorney in security council US intervention and its policy are the main reason of Syrian war they founded ,armed and backed terrorists groups in Syria , and created military training camps for those mercenaries in Jordan and Turkey and used them in this proxy war ,USA is supporting Al Qaeda and the other brutal terror groups and recently USA gave ISIS an air cover by targeting Syrian army in Deir Ezzor which allow to ISIS to capture strategic mountain also , yes it seems ISIS has an air force named US Air Force ! USA lied about Iraq, lied about Libya and it is lying about Syria Does bombing Syrian infra structures ( bridges , electricity plants and oil fields . . . ) considered fighting terrorism !!?

NATO and oil-rich Gulf states are just a puppets, tails and slaves to their American master they only implement American orders in collecting,arming ,backing funding mercenaries from all over the world and sending them to fight against Syrians , plus using their media to spread hatred and loathing against minorities (in the are) and distortion facts these rotten chiefdoms want to impose Sharia Law.”

“Syria remains steadfast facing the worst history wars and became the battleground of the whole world, Aggression against my country is converting from proxy war to originality war represented by Turkish invasion , Israeli airstrikes and US-led coalition airstrikes against Syria all that means that proxies still failing , Syria still winning I say to US and its proxies conquering colonization is the faith of Syria along history you did not read our history ! All previous colonial powers were crashed at the gates of Syria as we put French colonialism and Ottoman colonialism in the dustbin of history, we are going to do the same :-)”

The real story about Syria has been fully documented by Western sources for years.  Ammar’s story brings the truth to the forefront, as it pierces the fog of mainstream media stories, whose sole, unstated purpose, is to create globalized war, misery, and poverty.