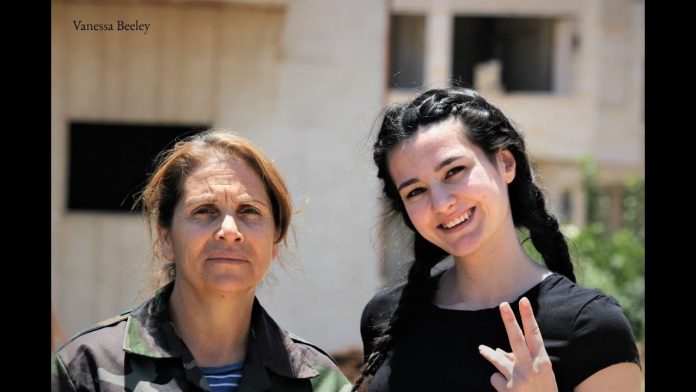 The notion that the West has a free press is beyond ridiculous.  We have a “hegemonic” press which supports wars of aggression and concomitant Supreme International War Crimes. We have a press that does not seek the truth, but instead seeks new ways to propagate deep state, imperialist propaganda. The press itself is a vital component of the imperial, war crime apparatus.

Recent efforts to propagandize the false notion that we have free press are disingenuous at best, especially when critical, more sophisticated press outlets are banned from important venues. As real journalist Eva Bartlett points out below,

“Earlier this year, when the LIMA Group was meeting in Canada to discuss the self-proclaimed non-president, Juan Guaido, Canada likewise denied accreditation to Telesur and Russian media.”

Canada’s shackled, corporate monopoly media invariably omits or obscures vital facts from its coverage, not by accident, but willfully.

The LIMA group, referenced above, is in fact a criminal conspiracy to effect Regime Change in Venezuela[1], and Canada, with its “America First”[2]foreign policy is playing a key role in this operation.  Whereas respectable, non-hegemonic press would report on this “elephant in the room”, hegemonic “press” necessarily omits core truths from its reporting.  The Big Lie that is hegemonic press is often what it does not report.

Root causes are denied and abrogated by hegemonic media.  Whereas the duplicitous West and its media chant that Regime Change wars are “humanitarian”, or about “democracy and freedom”, the opposite is in fact the case.

Regime Change wars are Supreme International War Crimes.  They destroy countries and humanity.  They directly cause waves of refugees and widespread poverty.[3]  Their intent apart from destroying non-compliant countries, and slaughtering multitudes, including hundreds of thousands of small children, is, invariably, to set up compliant dictators in destroyed and balkanized states.[4]

When prime minister Trudeau gets press coverage for accepting refugees, the Truth, which is that Canada and its allies created the refugees in the first place, is always omitted. The story is political theater, a cartoon for the easily misled.  Fodder for fake media.

Video: West’s War Against Syria Is Packed in Lies and Deceptions

The truth lies elsewhere.  It isn’t on tv or in the newspapers. If Canadians want to know the truth about democracy and freedom and humanitarianism, then they need to divorce themselves from corporate messaging, and seek truthful media.

Syrian women and men have much to teach us about democracy and freedom. All we have to do is listen.

Woman volunteers with #AlSkeilbiyyeh #NDF, National Defence Forces, wife of martyr, Nara Salloum speaks to wives/mothers in West – why allow their governments to take Syrian freedom from them by force? These women are reclaiming rights & freedom with own hands. #SAA #Idlib #Hama10110:59 AM – Jul 16, 201970 people are talking about thisTwitter Ads info and privacy