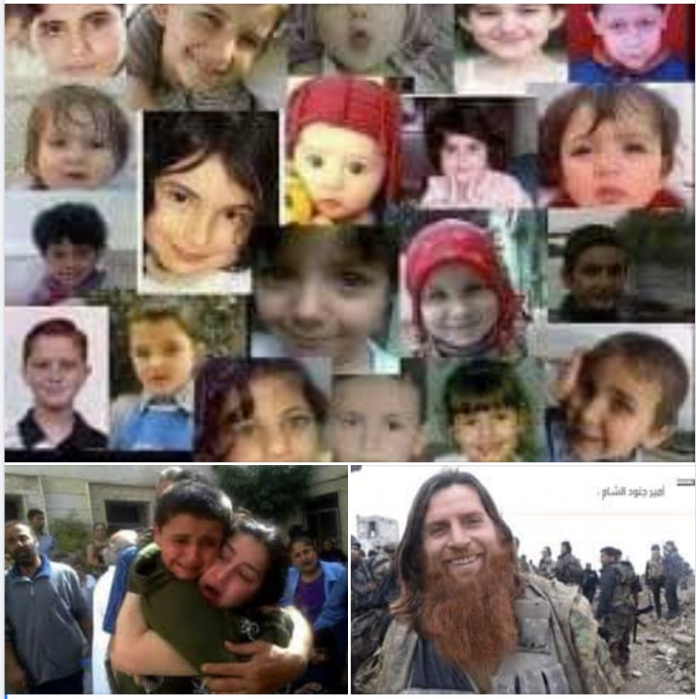 On these days in 2013, “moderate” al-Qaeda head chopping rebels kidnapped and massacred thousands of women & children from villages in Northern Lattakia, in coastal #Syria. Their crime was their different religious sect! Those who kidnapped them called themselves “Free Syrian Army” & “freedom rebels”! They were mostly foreign radical mercenaries working for the Turkish government. These criminals are still controlling #Idlib with the full support of the West. We will never ever forget..