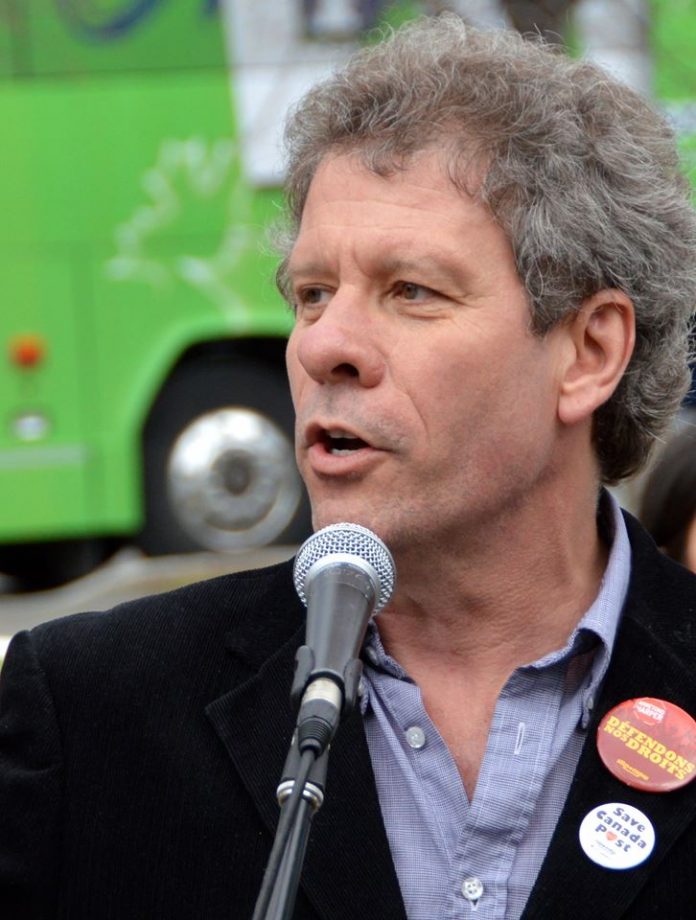 We write to you as fellow trade unionists and comrades dedicated in the struggle for workers’ rights in support of Donald Lafleur and his visit to the GFTU trade union congress in Damascus. Brother Lafleur has been unjustly placed on administrative leave despite the fact that he attended the meeting as a private individual, on his own time and at his own expense. The Union Executive is continuing its deliberations and considering further actions against him.  We demand that he be permitted to resume his full duties!

We are surprised by the witch hunt against a fellow comrade and double standards taken by western media and governments when it comes trade unionism in Syria! We draw your attention to the fact the Canadian Labour Congress has never endorsed the economic sanctions against Syria and we don’t believe it would ever support actions that would bring hardship and undermine fellow trade unionists.

Donald had the courage to accept an invitation to the congress in Syria in order to listen, learn, see with his own eyes and try to understand the experience of fellow trade unionists in Syria and the 42 other countries represented at the conference. Unlike many others, he kept an open mind and did not accept without question the one-sided accounts and demonization in the western media and governments.  Now he is under attack by those same media and governments, as well as the many, many persons and organizations that have been willingly brainwashed by the prevailing war propaganda. He deserves to heard and honoured for his efforts and solidarity, not pilloried and reviled.

And Donald learned a lot.

Syrian trade union members in Syria have for the last 8 years been standing alone in an unjust war against their nation and people. This war has brought terrorism on a scale never seen before and has deceitfully promoted the actions of terror groups as calls for freedom. It has made the peace-loving people, sacred sites and culture into victims of international terrorism, geopolitics and hegemony administered by imperialist powers and worsened by massive economic and humanitarian sanctions. Members of Syrian trade unions have spent many cold winters either mourning the loss of loved ones or caring for many of their injured comrades.

To date over 12,000 fellow union members were either killed or injured by terror groups in the last 8 years, and the fate of over 3000 kidnapped members is still unknown. Yet none of this is ever reported or relayed in western media.   Many of the workers were subjected to draconian and barbaric torture by the terror groups before they were killed, like the mutilation that happened to Issa Mahmood Hassan in Homs. Issa was a gas storage facility manager who was ambushed on his way to work and killed by armed militants belonging the so called “moderate rebels”. After severing his head from his body, they used his mobile phone to call his wife and describe in detail what they did to her husband. Other examples include the killing of railway workers while they were trying to repair the railway tracks between Aleppo and Hama in September 2011; the killing of electricians who were trying to repair electrical cables in Deir Ez-Zour and Homs and the atrocity committed in August 2012 by the so called “moderate rebels” in Al-Baba, in the North of Aleppo Province, where the rebels threw post office workers off the roof of their work building. However, none of those incidents ever received sympathy in European Media.

The massacres that were committed in December 2013 by the rebels (Jabhat al-Nusra) in Aadra Al-Oumaliah against the GFTU workers and their family members were war crimes on a mass scale. Hundreds of workers and their families were either burnt in their homes or abducted, raped and mutilated in the streets. like Nabil Barakat (a trade union members) whose wife, three children and sister were all killed by the armed rebels.

We urge full restoration of Brother Lafleur’s status and authority. Instead of treating brother Donald Lafleur with disrespect and ostracism, we must all stand by him, and hear about his experiences. We also urge other trade union members to visit Syria and find more about what is going on there directly rather than being brainwashed by one-sided mainstream media reports. We hope that you will stand by the side of Donald Lafleur as well as brother Syrian trade union members and help them to overcome the injustices that have been imposed upon them.

Perceptions vs Reality. Canada’s Stance on Islamophobia and Racism

Canada’s Relationship With First Nations Is a Failure