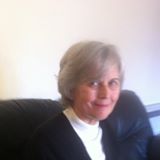 As a result of Covid 19 I am still in Syria, unable to get home to the UK, and wary of taking the first flight which may come available. I am filling in time by teaching, which has been a very positive experience. Last week one of the students, a girl of 16, asked me how she could tell the world the real story about Syria. She was about 8 years old when peace disappeared, and lived through all the attacks on Aleppo knowing that the people attacking hated her for being Christian, and had already killed or enslaved many who did not fit their strange and nasty version of Islam.
I have removed her name and corrected the mistakes in spelling, but the rest is her own. Read on:

Help Syria
Syria has been going through a very rough time since the start of the war in 2011
And no one knows the truth ,
Mothers are being killed.. children ..are having their parents taken away from them ,
Thousands of innocent people have died due to the war
And every one outside Syria has believed the media lies, and still do because they simply don’t know.
I’m here to spill all the truth because
Syria has had enough
We are now facing economic problems because of the United States,
because America has steadily applied economic and financial pressure against us in Syria and the European Community has renewed economic sanctions against us
America and most of the countries have stopped giving us food and medicine
Our oil is stolen under our noses and we cannot say anything about it
Our fields are burned by drones that destroy what our daily bread should be
The Syrian people are suffering from hunger
Now our food prices have gone up 5 or 7 times
People are selling their kidneys to get money
There are many cases of suicide.
There is a distorted view of our country through the lies of the media,
because they don’t want the people from around the world to know the truth.
Not only that the media is spreading more and more lies for people to believe.
I mean.. if Arabs are terrorist why can’t I see any war in the European countries or the USA?
The western media is also denigrating our president
and making the world believe that he is the bad guy
But our president stood up for his people through all those years of war
and he didn’t hide like another president did when his people wanted justice for black lives..
Syria needs your help and Syria needs your voice
Stop believing the media
Because Syria has had enough
And Syrian lives matter too
Stop the sanctions on Syria
Syria needs you….. Syria needs your help
Pray for Syria and let our voices be heard
After all
All lives matter and we need to stick together to make justice and peace because, as you said,
No justice no peace
And in my case I can’t see any justice for my country
Please spread this message and let the world know the truth
Help Syria stand up again