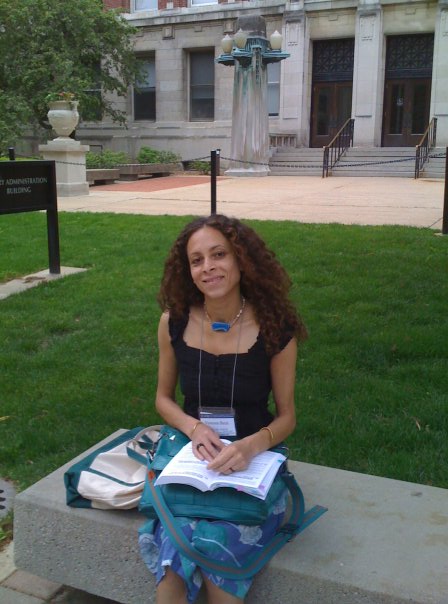 Yes. It has been surreal and sad marching in protests where everyone but my friend and I are wearing medical masks. Marching 5+ miles in 90 degree humid Baltimore weather no less.

Protesting police (the state) while simultaneously showing your allegiance to the state’s lie and manipulation of a virus that’s justified the intensification of the police state, poverty, rollback of environmental protections and more (all things that affect us colonized, working class and poor people in the US disproportionately). But hardly anybody gets that the threat of the virus was severely exaggerated so they don’t see this humongous contradiction.

The campaign was so successful, people believe so hard they will continue social distancing and wearing masks indefinitely, until ordered not to by their local government and the CDC, and/or until they can get a vaccine. There was an informal poll in my neighborhood FB group and that is what most people said.

I even had an activist pal that has helped organize some of the protests message me to wear a mask. I told him I can’t wear one for extended periods because I have asthma (I wouldn’t anyway– I only wear them where mandated, stores, ubers). He told me to not leave my house in that case. A supposed revolutionary telling me not to leave my house?! This is insane on many levels. But I am the insane one to him and others. Reckless in fact and insensitive of others. No I am not but this narrative most have bought is certainly increasing humans fear of each other and directing their trust to solely to the state instead. Seeking guidance from the state has replaced listening to their own intuition and seeking truth and knowledge from there.

Is it less like this in any parts of the US that are “liberal” or are people truly divided on this on the line of partisan politics? Those flag wavers are not my friends either. Clearly online I have some generally left friends that did not fall for cov-1984, and even a handful IRL. In fact, last night I went to a birthday party at a friend’s place, 10 people, which felt somewhat rebellious. But we are the minority.

Sorry for going on, but I have few people I can even have these conversations with.

Video: Does the Virus Exist? Has SARS-CoV-2 Been Isolated? Interview with Christine Massey

More evidence that the “COVID” database is manipulated and fraudulent