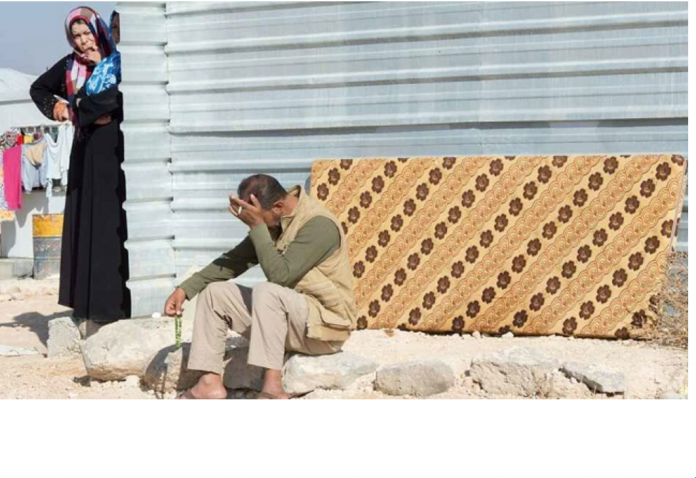 Over the past years, the European Union’ view on the Syrian refugees file has been proven to be quite ineffective and needs -at the very least- to be redefined and redesigned, according to Member of European Parliament Athanasios Konstantinou.

The parliamentarian said in a statement to the Syria Times e-newspaper that the Syrian people have been in the center of a humanitarian turmoil for some years now and powers like E.U. must use their influence for a just and unprejudiced ending.

The EU member states’ foreign ministers and the High Representative, who have received an invitation to a conference on the theme of refugee returns, on 11-12 November, in Damascus., have rejected attending it under the pretext that the conference is premature.

The first paragraph of the official press release issued by the council of the EU on November,10,  2020 reads :” The European Union is of the view that the priority at present is real action to create conditions for safe, voluntary, dignified and sustainable return of refugees and internally displaced persons to their areas of origin, in line with international law and the Protection Thresholds and Parameters for Refugee Return to Syria, as issued by the UN in February 2018, with the UNHCR enjoying full and unhindered access throughout Syria. As such, the conference is premature.”

The EU’s press release, which refers to poor or inexistent basic services in Syria,  ignores the fact that the economic war being waged on Syria by the EU and the United States through their unilateral measures is the cause of the economic deterioration in Syria, according to Former Member of the Syrian Parliament Maria Saadeh.

Mrs. Saadeh told the Syria Times e-newspaper that the Western countries’ rejection of attending the conference held in Damascus reflects that these countries are not serious in reaching a solution for the Syrian refugees crisis and they want to use this crisis to put political pressures on Syria.

“The Syrian state has been serious in addressing the refugees crisis and putting it on the table through the conference to which it has invited all countries, including the ones that have been involved in the terror war being waged on Syria since 2011,” the politician added, pointing out that Syria and Russia put all countries and international organizations to the test when they invited them to attend the conference.

“If these countries and international organizations want to resolve the crisis of the Syrian refugees, they have to lift their economic sanctions and to stop the economic war on Syria. Their absence from the conference proves that their calls of finding a humanitarian solution to refugees crisis are false,” Mrs. Saadeh concluded.

According to the UN Refugees Organization website (unrefugees.org) there are 5.5 million Syrian refugees live in Turkey, Lebanon, Jordan, Iraq and Egypt. 90%of the refugees live in urban areas in neighboring countries, often in overcrowded informal settlements and dangerous locations.

Approximately 50 percent of all registered Syrian refugees are under the age of 18 – and millions have grown up knowing nothing but conflict.

In May 2020, The American CBS channel published a report by CHRISTINA CAPATIDES, HOLLY WILLIAMS (https://www.cbsnews.com/news/desperate-syrian-refugees-selling-organs-to-survive/ )about the Syrian refugees file interviewing a number of refugees, who were subject to cheating by the Turkish organs trafficking networks in return for sums that were not paid to them.

One of the refugees, Abdullah said : ” When I saw a post on Facebook offering money for human organs, I was in dire enough financial straits to make a deal with an organ broker to sell one of his kidneys for $10,000. In the end, the organ broker only paid half the agreed upon price, disappeared and disconnected the phone line they had been communicating on.”

Western Coalition of Terror Both Creates and Weaponizes Refugees in Syria