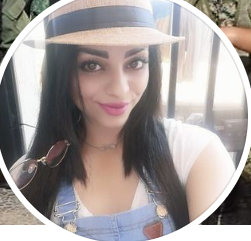 Vanessa Beeley is with Sahar Dayob.

Please listen to Sahar. She will tell you what you need to know about the 8 year war waged against #Syria by the criminal rogue states in the West, Gulf states, Israel and Turkey.

Sahar is a volunteer with #Mhardeh National Defence Forces. Most of all she wants to help Syria rebuild and to return to peace and stability. Mhardeh is a Syrian Christian town in northern Hama, under attack for 8 years by Western sponsored terrorists that have recently been defeated by the SAA. Hama is now fully liberated.

These fighters are not only Syrian Christians, there are also Ismaili, Sunni Muslims and other sects among their ranks. This secular unity under the Syrian flag will ensure that every inch of Syria is liberated.

God bless the #SAA#NDF and allies. RIP the glorious martyrs.