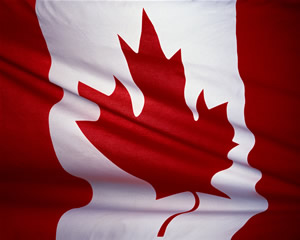 “To those fleeing persecution, terror and war, Canadians will welcome you, regardless of your faith … Diversity is our strength.”

The rhetoric obscures the fact that whereas Canada seeks to present itself as a Saviour to refugees, the reality is that Canada’s criminal foreign policies are creating the refugees in the first place.

Canada and its allies have stuck a knife into Syria, and they are vainly trying to decapitate its leadership — using proxy terrorists — and as cover they are cleaning up the blood from the wounded target, and pretending that they are saviours.

No, accepting refugees is not the solution.  Ending the war and the illegal sanctions are the answer.

A study by The Lancettitled “Syria: end sanctions and find a political solution to peace” indicates that by the end of 2014, the cost of illegal sanctions imposed on Syria stood at US $143.8 billion and that 80 per cent of the population was living in poverty.

Moreover, in “National Agenda for the Future of Syria”, Dr. Justine Walker explains that “the combined effect of comprehensive, unilateral sanctions, terrorist concerns and the ongoing security environment have created immense hurdles for those engaged in delivering immediate humanitarian aid and wider stabilization programmes.”

But of course Canada is currently interesting in destabilizing Syria rather than stabilizing Syria, so the “hurdles” mentioned by Walker are intentional. Canada’s publicly announced goal is to impose illegal “government change” on Syria, and to do so it is part of an orchestrated plan to “destabilize” Syria.  Destabilization means “destroy”.  Canada is actively trying to destroy Syria with its support for terroristsand its support for illegal sanctions.

“We have seen the photos of Omran. It is sad, but there are many more Omrans. We have seen the maggots under the skin of injured children simply because of a lack of basic medical supplies. Children are dying from simple milk shortages in certain areas ….” Importantly , he added that,

” MSF (Doctors without Borders) supply nothing at all for government hospitals. I have colleagues in Europe who tried to raise funds for our hospital. They are not allowed to do so, yet doctors who support the so-called “rebels” have no such restrictions imposed on them.“

Sanctions are so comprehensive, that they even restrict Syrian hospital attempts to replace equipment. Investigative reporter Vanessa Beeleyexplained in a Facebook commentary that, “Thanks to the US/EU sanctions it is becoming almost impossible to replace equipment. Research facilities have stopped altogether. Banks in France that worked with the hospital (University Hospital, Latakia) prior to 2011 will be sanctioned by the US if any medical equipment is allowed into Syria from France.”

If Canada were to lift its criminal sanctions against Syria, then Canada would be taking a first step towards being part of the solution rather than part of the problem.

Instead of furthering the causes of peace and justice, however, criminal Western mainstream media outlets will likely continue to accept the government’s degenerate lies and distortions, Canada’s fake “left/progressives” will continue to embrace the toxic narratives, and the only one’s providing a real solution to the on-going tragedy will continue to be Syria and its allies.

Hunger is a Weapon of War: Syria Under US Coalition Blockade...