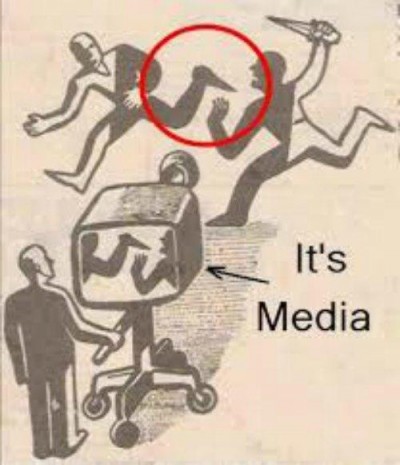 Syria’s President, Bashar al-Assad, is not a brutal dictator. He is a soft-spoken, trilingual, ophthalmologist, elected by the Syrian people.

The West’s sectarian terrorists are brutal dictators. When they occupy Syrian towns, they impose Sharia law, and force compliance on residents. Those who openly support the government, or belong to minority groups are often murdered. Women are subjugated, dissent is not allowed, and manifold coercive strategies including starvation and torture are commonplace.

Dr. Bashar al-Assad is not a tyrant. Prior to NATO’s government-change/dirty war on Syria, Syria was a “post-colonial” success story. Syrians, regardless of their age, or sex, or ethnic, or religious affiliations, had free education and healthcare in the context of a pluralist society led by a secular government. Churches and mosques stood, and still stand, side by side, and Syrians self-identified first and foremost as Syrians, and not by religious or ethnic identities.

NATO sponsored terrorists, and their NATO leaders, are tyrants. Their proxies impose a barbaric ideology on Syrians as they loot, plunder, destroy, and conquer. The Western imperialists seek to destroy the Syrian civilization and its secular identity.

READ MORE: US Prepares For Direct Intervention in Syria

President al-Assad does not gas his own people. The 2013 chemical weapons attacks were perpetrated by NATO terrorists with a view to providing a false pretext for an expansion of NATO war aggression on Syria.

More recently, the alleged chemical attack at Khan Shaykhun has also proven to be a false flag incident. Dr. Theodore Postol recently noted in “Important Correction: The Nerve Agent Attack that did Not Occur, Khan Sheikhoun, Syria” that

“(t)he facts are now very clear – there is very substantial evidence that the President and his staff took decisions without any intelligence, or far more likely ignored intelligence from the professional community that they were given, to execute an attack in the Middle East that had the danger of creating an inadvertent military confrontation with Russia.”

The Syrian government does not willfully kill its own people. The “Caesar” torture/death pictures — purporting to be evidence that Assad tortures and kills his own people — have long-since been proven fraudulent, one of the first of a long line of staged events, used to create false pretexts for illegal warfare based on “humanitarian” grounds.

In fact, the Syria government provides amnesty to indigenous terrorists –knowing full well that some were coerced into joining the ranks of terrorists — and it provides “humanitarian corridors” out of occupied areas, all with a view to limiting the number of casualties.

NATO terrorists willfully murder innocent Syria civilians as part of their modus operandi. The entire pre-planned military operation against Syria is designed to kill Syrians. Illegal sanctions kill with intent, as do terrorist proxies. Gas canister bombs filled with explosives and nails etc. are repeatedly launched into civilian areas, and the terrorists are kept well-armed by their NATO et al. benefactors.

The false narratives fed every day to mainstream media consumers is in fact tightly-controlled, criminal propaganda, which serves as an appendage of anti-democratic dark state agendas globally.

Demonization of Assad and His Government. Syrians living in Syria know...